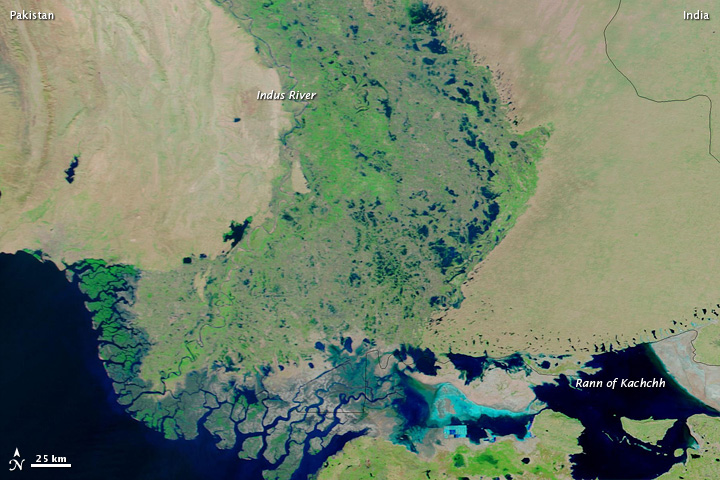 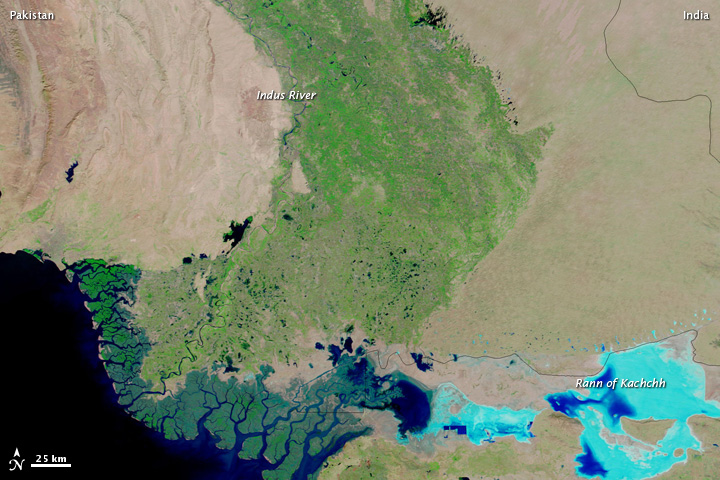 Both images use a combination of visible and infrared light to better distinguish between water and land. Water varies in color from electric blue to navy. Vegetation is green, and bare ground is pink-beige.

Compared to 2009 conditions, flooding is apparent in 2011. Standing water covers large areas east of the Indus River, and the Rann of Kachchh (or Kutch), a salt marsh, holds far more water. Nevertheless, conditions are considerably improved over those of September 2011.

On December 1, 2011, the United Nations Office for the Coordination of Humanitarian Affairs issued a status report on the flooding in southern Pakistan. As temperatures were dropping, humanitarian agencies were distributing winterization items to flood-affected citizens, and had provided emergency shelter to about 445,000 households. As of early December, however, many areas that had been flooded in September remained under water and inaccessible to aid agencies.