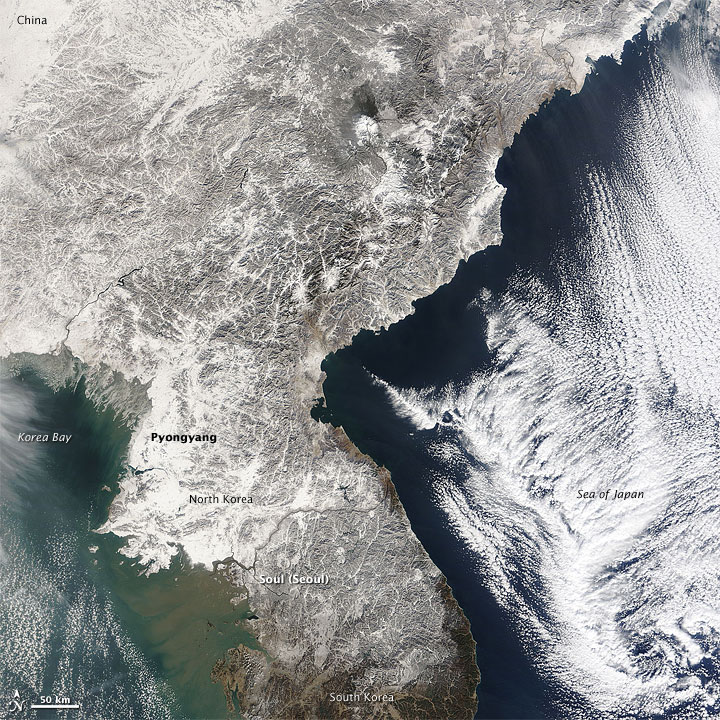 The Moderate Resolution Imaging Spectroradiometer (MODIS) on NASA’s Terra satellite captured this true-color image on January 3, 2010. Snow cover thins toward the southern tip of the Korean Peninsula, and actually appears relatively light in South Korea compared to parts of North Korea and China. This may be because of more forested terrain in South Korea.

Cloud streets—clouds that look as if they have comb marks—appear over the Sea of Japan (East Sea). They are similar to the cloud streets that formed over the snow-rimmed Bo Hai on January 4, 2010.

Up to 30 centimeters (12 inches) of snow fell on Beijing and the nearby port city of Tianjin in early January 2010. The snow was reportedly the heaviest to fall in the Chinese capital city since 1951. Record-breaking snow fell in South Korea, as well.