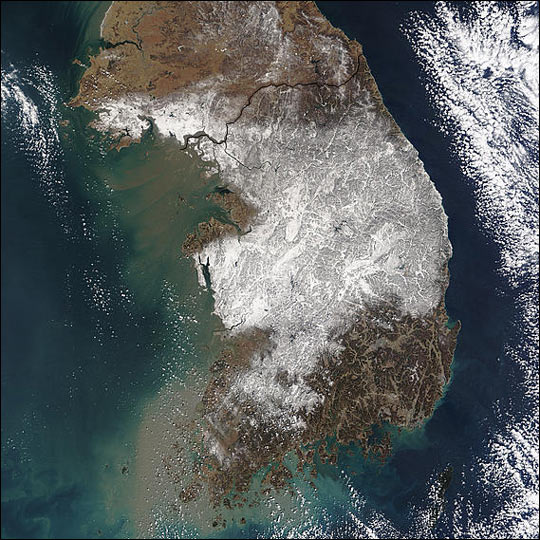 The central provinces of South Korea were crippled when heavy snow closed roads throughout the region, including many in the country’s capital, Seoul. More snow fell on March 6, 2004, than ever recorded for a single day in March since the Korea Meteorological Administration began keeping records in 1904. According to news reports, the city of Daejon (Taejon) in central South Korea, received 19 inches (49 centimeters) of snow on Friday, with an additional 6 inches (15 centimeters) forecast for Saturday. As the storm moved away from the peninsula on March 7, 2004, the Moderate Resolution Imaging Spectroradiometer (MODIS) on the Terra satellite captured this image of South Korea under a blanket of snow.