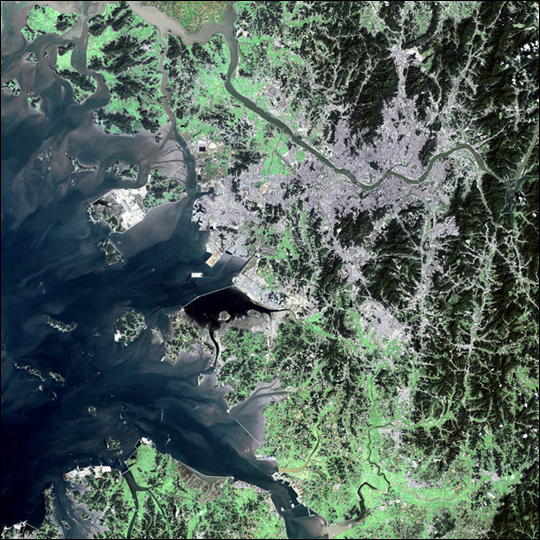 Seoul, the political and economic heart of South Korea, sits in the northwest corner of the country, roughly 30 miles south of North Korea and a little over 200 miles south of China. By far the largest city in South Korea, the Seoul metropolitan area houses nearly 20 million people, which is a little under half of the entire population of the country. The Han River runs through the center of the city and the Yellow Sea lies to the west.

The city was founded in 1392 and was originally thought to have been a fortress and a trading post. Three years later, the city became the capital of the Yi (Chosun) Dynasty (1392-1910 AD). In 1910, Japanese forces overran South Korea and brought an end to the dynasty. The Japanese governor ruled from Seoul during the occupation. After World War II, Russia and the United States split Korea in two, with the United States occupying the southern half. In 1948, the city became the capital of the newly-formed democratic South Korea before communist North Korean forces sacked it in 1950. United Nations forces, led by U.S. Gen. Douglas MacArthur, took back South Korea from the communists and an armistice was signed on July 27, 1953. After the war, Seoul had to be almost entirely rebuilt. Since then, Seoul has become the center of a thriving economy that manufactures everything from automobiles to electronics to petrochemicals.

Water in this false-color image is dark blue and black for the most part. Light purple and brown patches in the water along the coastline show silt deposits. The darker purple and gray pixels on land are urban areas. The light green areas surrounding the city are farms and the dark green areas are forest. This image of Seoul was acquired on September 4, 2000, by the Enhanced Thematic Mapper plus (ETM+), flying aboard the Landsat 7 satellite.