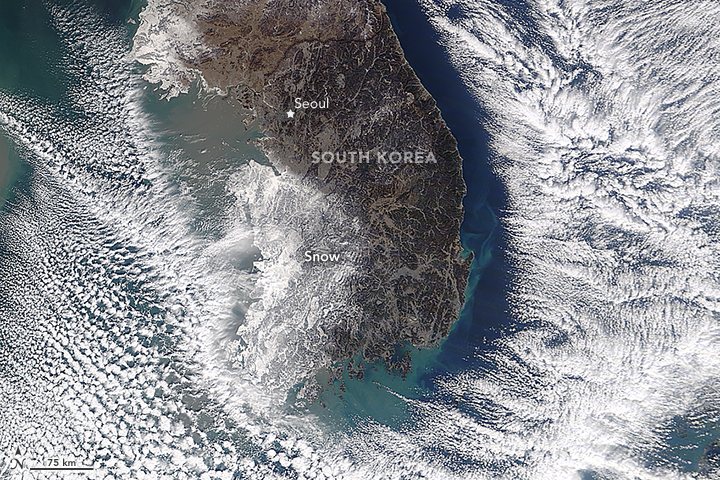 While a large snowstorm in January 2016 blanketed the eastern United States, winter weather was also whitening areas across Asia.

On January 25, 2016, the Moderate Resolution Imaging Spectroradiometer (MODIS) on NASA’s Terra satellite, acquired this view of snow in South Korea. Jeju Island—just south of the mainland (obscured in this view by clouds)—received more snow than has been measured there since 1984, according to news reports. Accumulation of 12 centimeters (4.7 inches) of snow closed the island’s airport for a few days and stranded about 86,000 travelers.

The wintery weather was not limited to South Korea. Snow also fell in areas of Taiwan, western and central Japan, and mainland China.