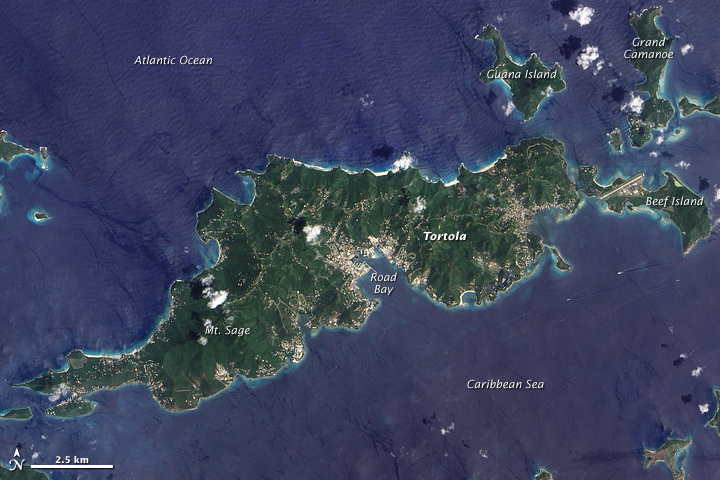 The Lesser Antilles island chain separates the Atlantic Ocean from the Caribbean Sea. Part of that island chain consists of the Virgin Islands, some governed by the United States, and some by the United Kingdom. Of the British Virgin Islands, the largest is Tortola, roughly 5 kilometers (3 miles) wide and 19 kilometers (14 miles) long. Tortola’s origins are volcanic, and the island consists of a chain of rugged hills. With an elevation over 500 meters, the island’s highest point, Mt. Sage, is also the highest point in the British Virgin Islands.

Tortola’s carpet of green suggests a lush rainforest, but the island actually supports a patch of drought-resistant forest, in addition to plants accustomed to more water. Tortola’s climate and land surface are well suited to raising livestock, but tourism and financial services are the primary industries.