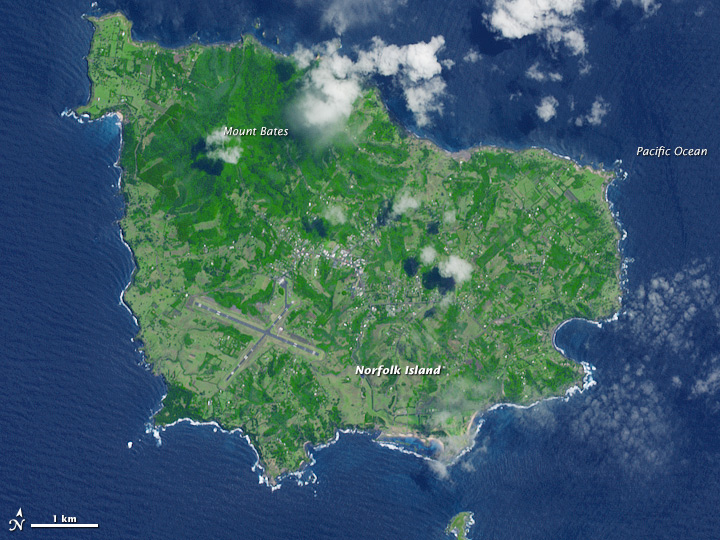 East of Australia, the Norfolk Ridge extends from New Caledonia to New Zealand. The central section of this north-south oriented ridge is 1,000 kilometers (600 miles) long and 70 kilometers (40 miles) wide, and is almost entirely submerged. Only the volcanic tops of Norfolk and Philip islands break the surface of the Pacific Ocean.

The Advanced Spaceborne Thermal Emission and Reflection Radiometer (ASTER) on Terra acquired this view of Norfolk Island on November 12, 2009. (View the large image to see Philip Island, just south of Norfolk.) Norfolk Island National Park, the vivid green patch on the northwest side of the island, is home to Mount Bates—the island’s highest point at 313 meters (1,027 feet) above sea level.

However, there is now more than an airport connecting the island with Australia; on May 12, 2015, the Australian parliament passed a bill that removed the island’s self governance and placed it under Australian government law. According to news reports, the island’s 1,277 residents will see new taxation, immigration, and welfare systems.