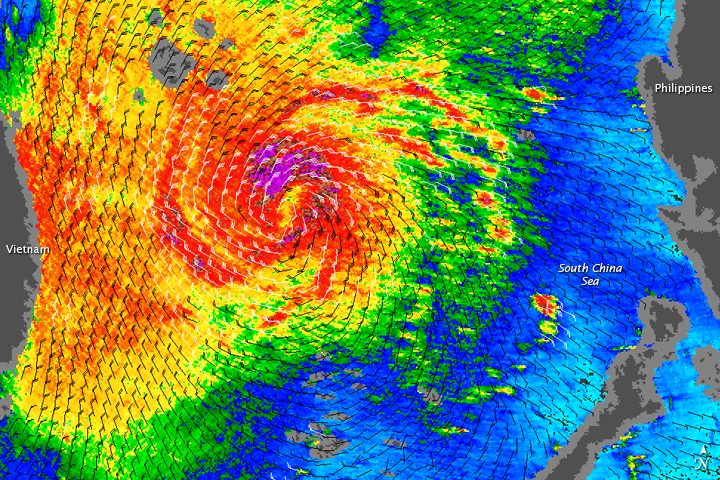 Typhoon Mirinae was fading from a typhoon to a tropical storm when the QuikSCAT satellite captured the data used to make this image on November 1, 2009. The image shows wind speed and direction, revealing the storm’s structure. Although Mirinae was weakening, its winds maintained the classic spiral structure associated with well-organized tropical cyclones. The strongest winds, shown in purple, are on the northwest side of the eye, visible as an area of calmer winds in the center of the storm. A broad field of strong winds, red, spiral around the eye in clear bands. The barbs indicate wind direction, and white barbs point to areas of heavy rain.

Tropical Storm 23 strengthened to a named storm, Mininae, in late October 2009. Initially located northwest of Guam, the storm strengthened into a typhoon and headed toward the Philippines.