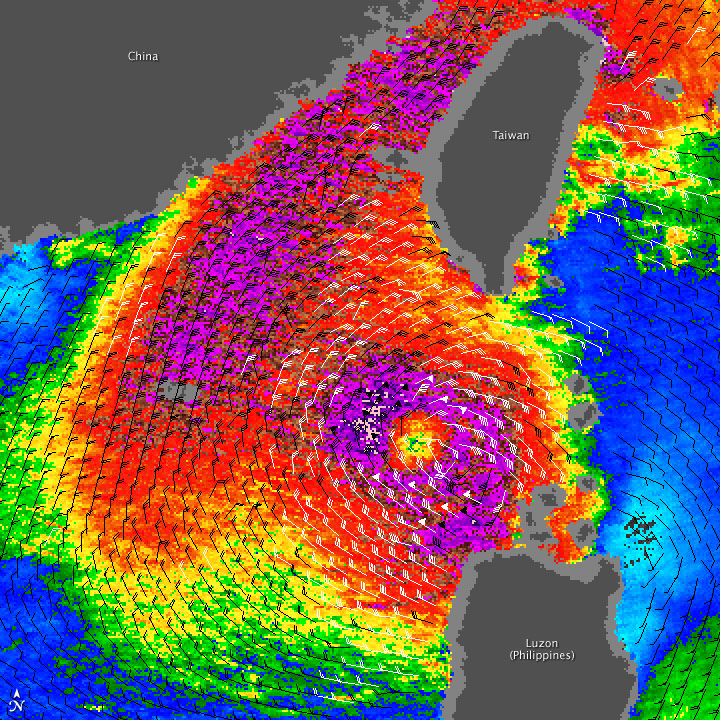 On October 5, 2009, Typhoon Parma was parked over the South China Sea off the northern tip of Luzon Island, the Philippines. Though the storm had degraded into a tropical storm, with relatively weak winds of 100 kilometers per hour (60 miles per hour or 55 knots), Parma had almost no forward motion, said the Joint Typhoon Warning Center. This image, made from data from NASA’s QuikSCAT satellite taken on October 5, shows that the storm was primarily over open water, but areas of rain and wind still covered parts of Luzon and Taiwan.

The image illustrates wind speed in color and wind direction with small barbs. Areas where winds were accompanied by heavy rain are depicted with white barbs. Surrounding the eye of the storm, wind speeds approached 50 knots, and similarly strong winds were rushing into toward the eye through the Taiwan Strait, in the northwest quadrant of the storm.