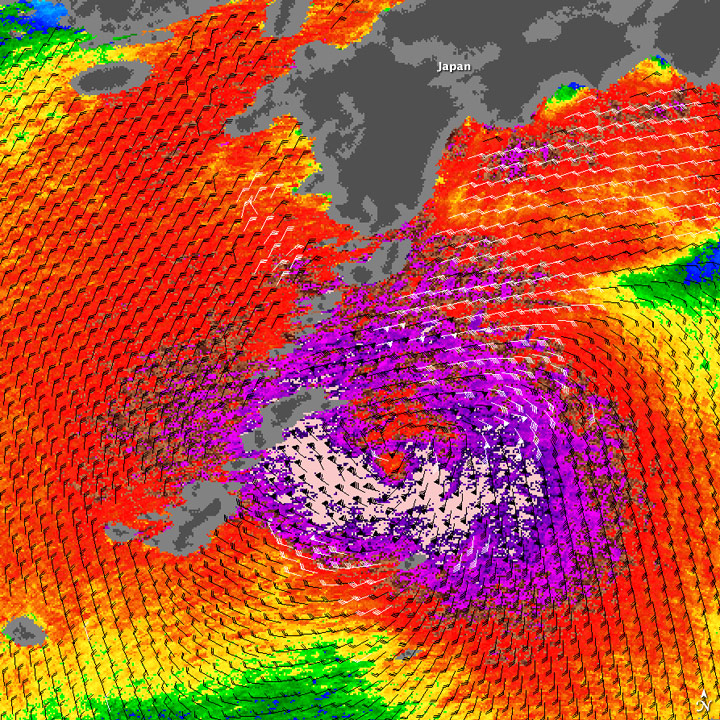 Typhoon Melor was a weakening Category 2 typhoon on the morning of October 7, 2009, when the QuikSCAT satellite collected the observations used to make this image. The image depicts the wind field associated with the storm. The strongest winds are pink and purple, forming a rough circle in the center of the storm. Much of the rest of the storm is made up of a broad field of moderately strong winds, shown in red. Barbs illustrate wind direction, spiraling around the center of the storm. White barbs point to areas of heavy rain.

Super Typhoon Melor formed over the Pacific Ocean in early October 2009. As of October 7, the storm was being predicted to come ashore on the island of Honshu southeast of Osaka.