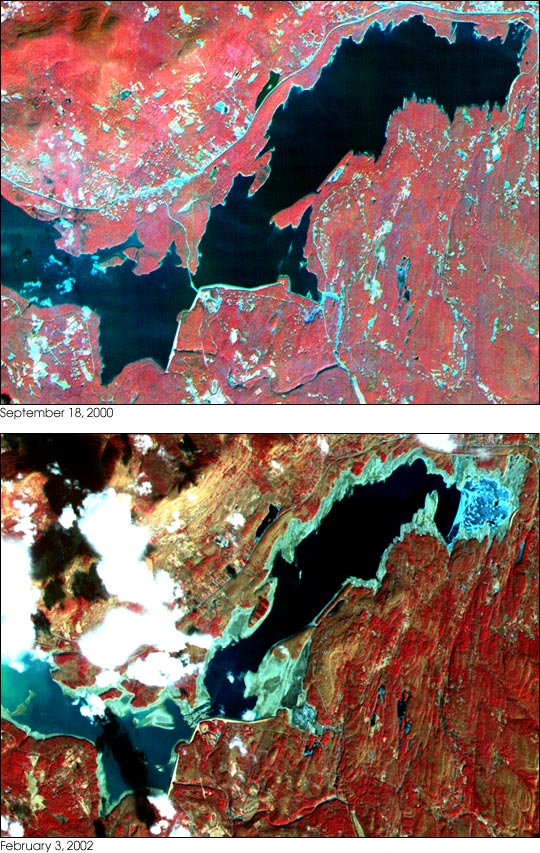 Whether you look at the glass as half empty or half full, reservoirs at 52 percent of capacity for a major metropolitan area spell trouble.

On March 26, 2002, New York City Mayor Michael Bloomberg declared a drought emergency for the city and four upstate counties in response to the worst drought to hit the eastern United States in nearly 70 years. Restrictions on water use will affect more than 8 million residents of New York. Further evidence of the extent of New York’s current drought emergency can be seen in new images taken by the Advanced Spaceborne Thermal Emission and Reflection Radiometer (ASTER) on NASA’s Terra satellite.

The ASTER image pair depicts a 215-square-kilometer (80-square-mile) area around Ashokan Reservoir in the Catskill Mountains, one of several Catskill reservoirs that supply water to the New York City metropolitan area. The images, taken September 18, 2000, and February 3, 2002, show a dramatic decrease in reservoir water level to the current 52 percent of capacity.