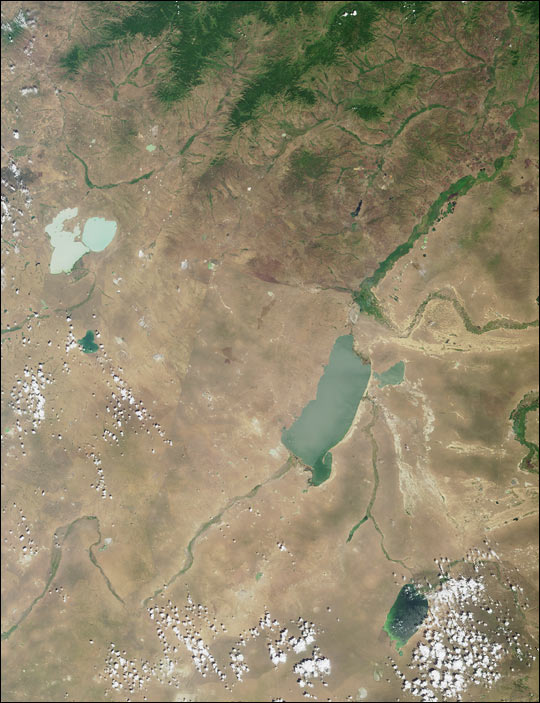 Here’s another chance to play geographical detective! This Multi-angle Imaging SpectroRadiometer (MISR) image covers an area of about 317 kilometers x 412 kilometers, and was captured by the instrument’s vertical-viewing (nadir) camera on July 4, 2001. Use any reference materials you like and answer the following three questions:


Quiz Rules
E-mail your answers, name (initials are acceptable if you prefer), and your hometown by Tuesday, April 9, 2002 to suggestions@mail-misr.jpl.nasa.gov . The first 3 people on this list who are not affiliated with NASA, JPL, or MISR and who did not win a prize in the last quiz will be sent a print of the image. Answers will be published on the MISR web site (http://www-misr.jpl.nasa.gov/gallery/galhistory/2002_apr_03.html) in conjunction with the next weekly image release. The names and home towns of respondents who answer all questions correctly by the deadline will also be published in the order responses were received.

A new “Where on Earth...?” mystery appears as the MISR “image of the week” approximately once per month. A new image of the week is released every Wednesday at noon Pacific time on the MISR home page. The image also appears on the Atmospheric Sciences Data Center home page, though usually with a several-hour delay.