Wintertime in the Western U.S. 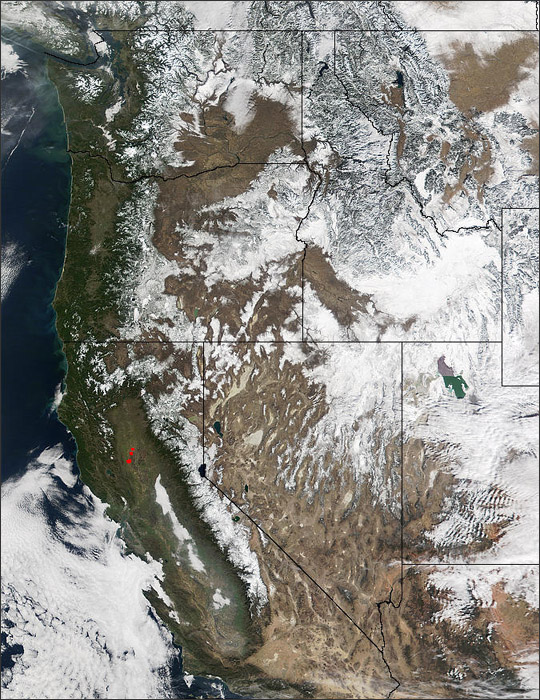 On Thursday (Feb. 14, 2002), the cloud cover that often overshadows the western United States this time of year broke to provide those at the Olympic Games with a beautiful day. The nearly cloud-free day was captured by the Moderate-resolution Imaging Spectroradiometer (MODIS), flying aboard NASA’s Terra spacecraft. A thick layer of snow blankets northernmost Nevada, northern Utah, most of Idaho and western Wyoming. The snow surrounds and highlights Utah’s Great Salt Lake. Just south of the lake, clouds can be seen hovering over southern Utah. (In general, clouds appear streaky and uneven on a satellite image, and snow cover appears solid with definable borders.) North of the Great Salt Lake, one can clearly discern the light gray Northern Rocky Mountains cutting through Idaho and up into Canada. Moving southwest, the spine-like Sierra Nevada mountains separate the greenery of Southern California from the brown deserts of Arizona and Nevada.

Acquired December 9, 2009, this image combines observations from Terra and Aqua to show snow cover across the western and central United States.