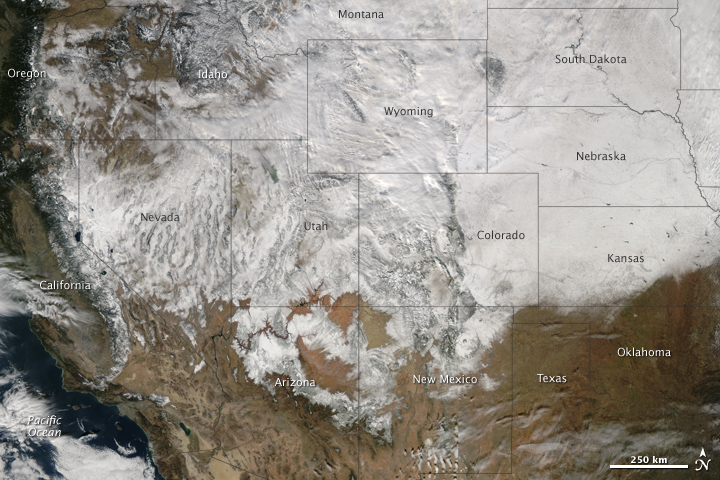 As a deep freeze settled over much of the central and western United States, snow sat on the surface, left over from a massive storm that made its way across the country. Acquired December 9, 2009, this image combines observations by the Moderate Resolution Imaging Spectroradiometer (MODIS) on NASA’s Terra and Aqua satellites.

In the mountainous western states, the surface appears as a patchwork of white and brown, especially in Nevada. Large areas in Idaho, California, Arizona, and New Mexico appear completely snow free. Arizona’s Grand Canyon carves an earth-toned path through an otherwise snowy landscape. East of the Rocky Mountains—the difference in terrain is most obvious in Colorado—the snow cover is more uniform as it rests on mostly flat land. Snow cover stretches from Kansas northward to the Dakotas.

Acquired December 9, 2009, this image combines observations from Terra and Aqua to show snow cover across the western and central United States.

A severe winter storm blustered its way across the United States on December 7 and 8, 2009. 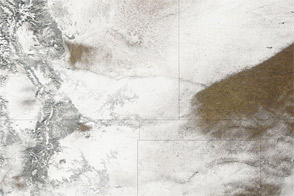