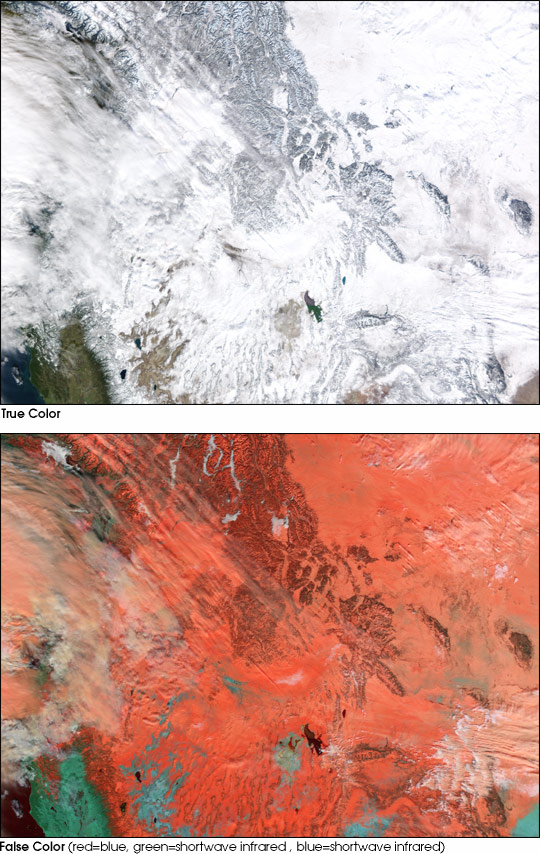 These Moderate Resolution Imaging Spectroradiometer (MODIS) images, taken on January 5, 2003, by the Terra satellite, show the extent of the snowfall from California in the west to the Dakotas, Nebraska, and Colorado in the east. The Great Salt Lake is the two-toned body of water in the center of the images. In the top image, shown in true color, only a sliver of green land west of the Sierra Nevada Mountains can be see on the left side of the image--clouds and snow obscure the rest of the landscape. The bottom image shows the same scene in false color. Here, snow and ice are dark red and orange, while clouds are white and peach. Water is black. The false color image helps differentiate between cloud cover and snow and ice on the ground.

The high resolution images provided above are at 500 meters per pixel.