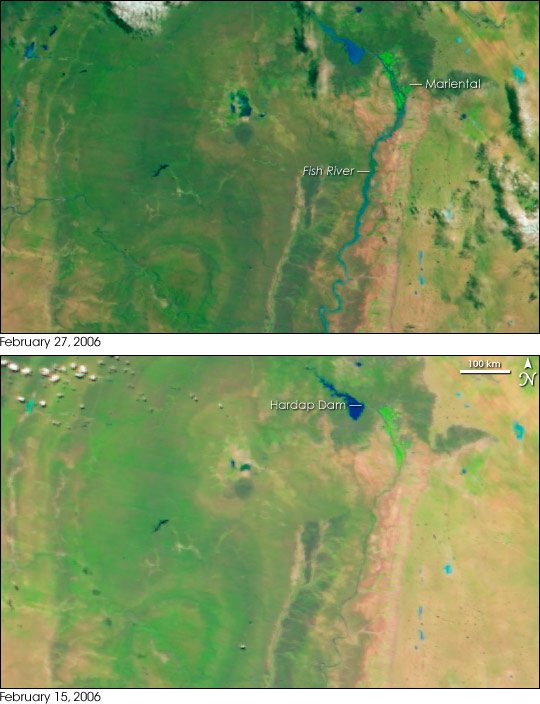 Several days of heavy rain triggered devastating floods in south-central Namibia at the end of February 2006. The rains filled the Hardap Dam, and on Saturday, February 25, the water flowed through the flood gates and flooded the city of Mariental. When the Moderate Resolution Imaging Spectroradiometer (MODIS) on NASA’s Terra satellite captured the top image on February 27, the overflow of water had swollen the Fish River south of the city. The bright green agricultural region around the city was also still flooded when this image was taken. According to the United Nations Office for the Coordination of Humanitarian Affairs, 122 houses and 80 businesses were submerged at the time of this image. Two people drowned in the floods.

These images are shown in false color. Plant-covered land is green, with agricultural land much brighter than natural vegetation. Bare earth is tan and pink, water is blue, and clouds are pale blue and white. The lower image shows the Hardap region on February 15 before the rains started.