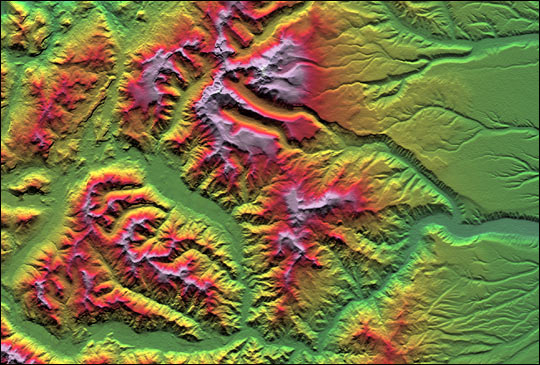 This depiction of an area south of San Martin de Los Andes, Argentina, is the first Shuttle Radar Topography Mission (SRTM) view of the Andes Mountains, the tallest mountain chain in the western hemisphere. This particular site does not include the higher Andes peaks, but it does include steep-sided valleys and other distinctive landforms carved by Pleistocene glaciers. Elevations here range from about 700 to 2,440 meters (2,300 to 8,000 feet). This region is very active tectonically and volcanically, and the landforms provide a record of the changes that have occurred over many thousands of years. Large lakes fill the broad mountain valleys, and the spectacular scenery here makes this area a popular resort destination for Argentinians.