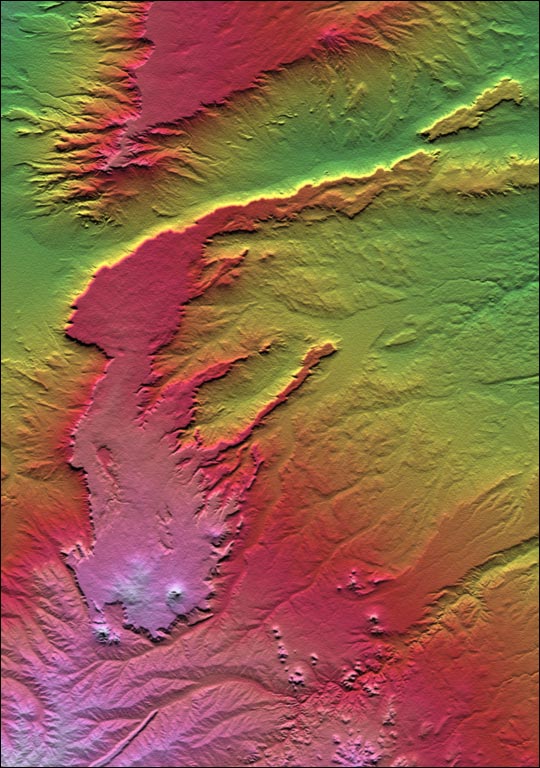 All of the major landforms relate to volcanism and/or erosion in this Shuttle Radar Topography Mission scene of Patagonia, near La Esperanza, Argentina. The two prominent plateaus once formed a continuous surface that extended over much of this region. Younger volcanoes have grown through and atop the plateau, and one just south of this scene has sent a long, narrow flow down a stream channel (lower left). The topographic pattern shows that streams dominate the erosion processes in this arid environment even though wind is known to move substantial amounts of sediment here.

Two visualization methods were combined to produce this image: shading and color coding of topographic height. The shade image was derived by computing topographic slope in the north-south direction. Northern slopes appear bright and southern slopes appear dark, as would be the case at noon at this latitude in the southern hemisphere. Color-coding is directly related to topographic height, with green at the lower elevations, rising through yellow, red, and magenta, to white at the highest elevations.