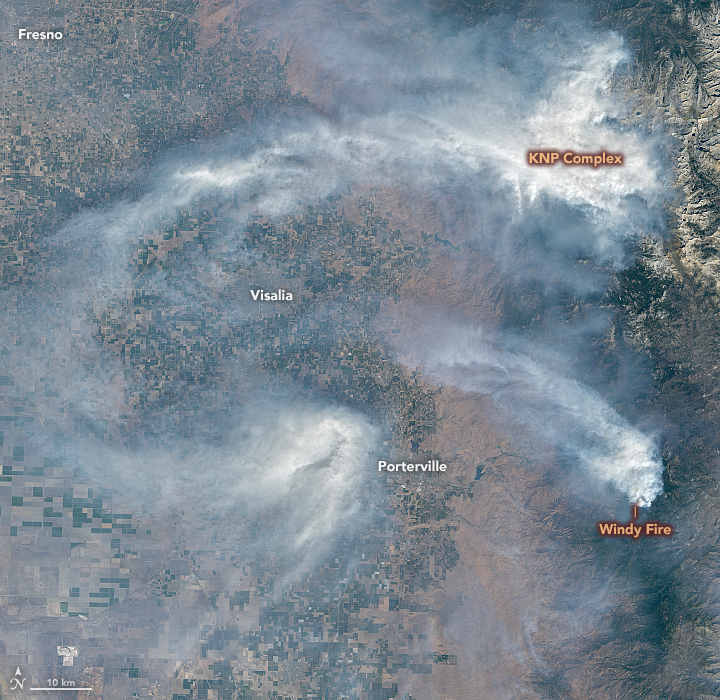 In the midst of another brutal fire season that has threatened many lives, homes, and businesses, several of California’s natural treasures have also been threatened. Still burning after nearly nine weeks, the Caldor fire has encroached on Lake Tahoe. Now some of the world’s oldest and largest trees are being threatened by fires at the southern end of the Sierra Nevada range.

On September 15, 2021, the Operational Land Imager (OLI) on Landsat 8 acquired imagery of the KNP fire complex, the Windy fire, and the thick smoke plumes both have released. The image below includes infrared data with the thermal signature of some fire fronts beneath the plumes. NASA’s Terra satellite acquired broad-area images of the same region from September 10-16.

According to InciWeb and other sources, the KNP complex was ignited by a significant lightning storm on September 9–10. The Paradise fire and the Colony fire started separately near Sequoia National Park and have been marching across the drought-ravaged landscape toward a merger. By the morning of September 16, the KNP complex had burned 8,940 acres (36 square kilometers). (A complex includes two or more separate fires that burn in very close proximity, have the potential to merge, and are managed by a unified firefighting group.)

The KNP complex has led to the closure of Sequoia National Park and the evacuation of parts of the nearby community of Three Rivers. Fire officials told The Los Angeles Times on September 15 that the blazes were about a mile from the “Giant Forest,” the largest concentration of giant sequoias in the park and home to the 275-foot General Sherman tree. Nearby Kings Canyon National Park remains open, but air quality is poor. 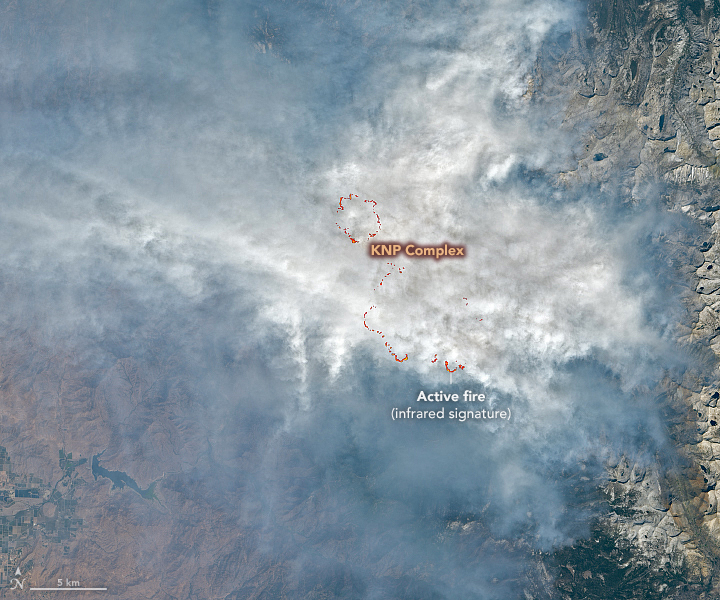 The KNP fires are raging in very steep, dangerous terrain, so most of the firefighting has been done by aircraft so far. The National Park Service wrote in an update: “In the case of the Paradise Fire, extremely steep topography and a total lack of access has prevented any ground crew operations, and in the case of the Colony Fire, only a limited amount of ground crew access has been possible. Both fires are utilizing extensive aerial resources performing water and retardant drops.”

Due south of the KNP complex, the Windy fire is burning in Sierra National Forest. It started in the Tule River Reservation during the September 9–10 lightning storm. About 2,800 acres have burned so far in an area not far from Giant Sequoia National Monument.

According to CalFire, 1.97 million acres (nearly 3,100 square miles) have burned in California so far this year, and the fire season still has several months to go. The total is about half of the 2020 fire season—the worst on record—and roughly equal to the total burned in all of 2018. Near the end of the last severe drought in the state (2012-16), fire totals were 30 to 40 percent of the 2021 count. 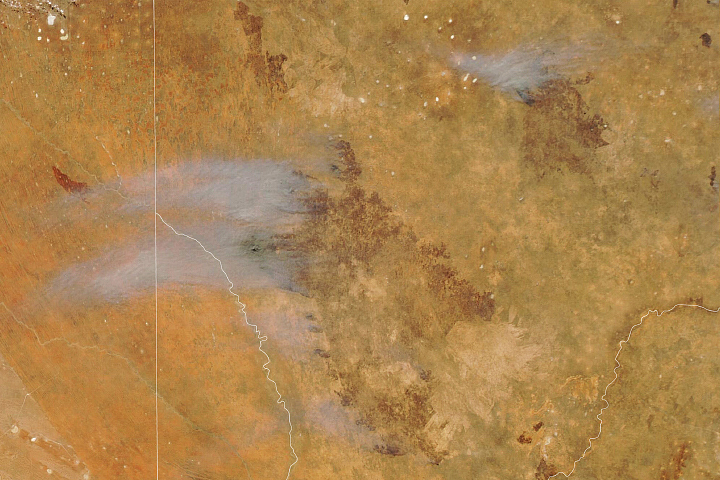