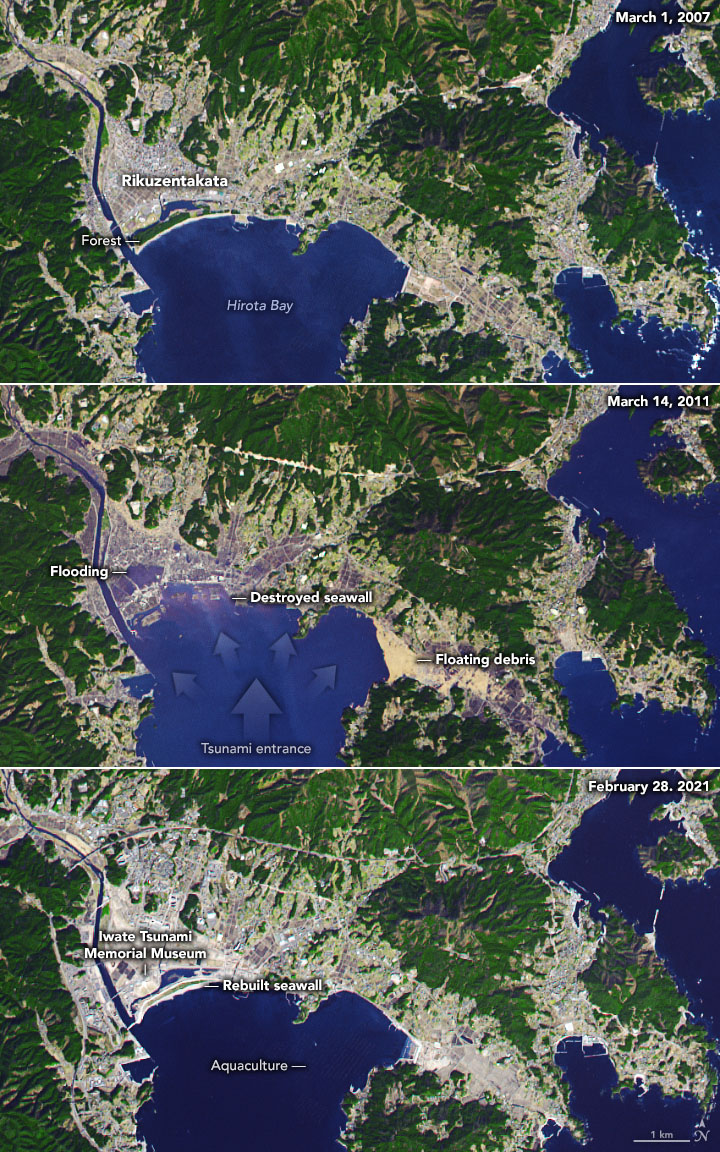 On March 11, 2011, a magnitude 9.1 earthquake jolted the seafloor about 70 kilometers (45 miles) offshore of Japan’s Tohoku region. It was the largest quake recorded in Japan and the fourth largest in the world since seismic recording began around 1900.

Within an hour, tremendous tsunami waves inundated much of the eastern Japanese coast, sending 5- to 10-meter walls of water into coastal towns and cities. In Miyako, Iwate Prefecture, the runup height from the tsunami—the maximum elevation that water moved upland from the shore—reached 40.5 meters (133 feet) above sea level. Near Sendai, flood waters penetrated 10 kilometers (6 miles) inland.

According to the U.S. Geological Survey, the earthquake moved Japan’s main island of Honshu eastward by 2.4 meters (8 feet) and dropped about 400 kilometers (250 miles) of coastline by 0.6 meters (2 feet). The tsunami affected a 2000-kilometer stretch of coast and inundated more than 400 square kilometers of land in Iwate, Miyagi, and Fukushima prefectures.

Some of the worst devastation was observed at Rikuzentakata (Iwate). The images above were acquired in 2007, 2011, and 2021 by the Advanced Spaceborne Thermal Emission and Reflection Radiometer (ASTER), a joint Japanese and U.S. instrument on NASA’s Terra satellite. The images combine infrared, red, and green wavelengths of light to make false-color images that distinguish between water, vegetation, and urban infrastructure. In the 2011 image, most of the areas in purple-blue were flooded or denuded.

The March 2011 tsunami killed more than 1,700 residents (about 8 percent of the population) of Rikuzentakata and destroyed 80 percent of its residential areas. More than 70,000 trees in the Takatamatsubara pine forest on the waterfront—planted in the 17th century as a tidewater control—were washed away. Flood waters sat for weeks on rice paddies and other agricultural land. Satellites captured scenes of the devastation just one day and three days after the event. On March 14, 2011, The Mainichi Daily News declared: “Rikuzentakata has been erased.”

A decade later, the area is still rebuilding. A 12.5-meter (41-foot) high concrete seawall now stands along two kilometers of the waterfront in Rikuzentakata. (More than 430 kilometers/265 miles of seawalls have been built up and down the Tohoku coast.) Engineers and construction crews also carried in massive amounts of soil and rock to raise the level of the land by 10 meters before new buildings were constructed. And local officials launched a project in 2017 to plant 40,000 tree seedlings along the town’s coastline.

According to the Japan Reconstruction Agency, nearly 400,000 buildings were destroyed or irreparably damaged and another 750,000 were partially destroyed across the country in March 2011. Nearly 16,000 people were killed and 2,500 are still listed as missing. The meltdown and explosions at the nearby Fukushima Daichi nuclear plant between March 12-15, 2011, added to the misery and displacement of Japanese citizens. More than 21,000 hectares of farmland were destroyed by flooding and by salt water; some has been reclaimed and some has returned to wildland. The World Bank estimated it to be the costliest natural disaster in world history. According to some estimates, Japan has spent nearly $300 billion (U.S) on rebuilding the region to date.

Visit our Tohoku/Sendai gallery to see twenty other images and stories from the days and months after the earthquake and tsunami. 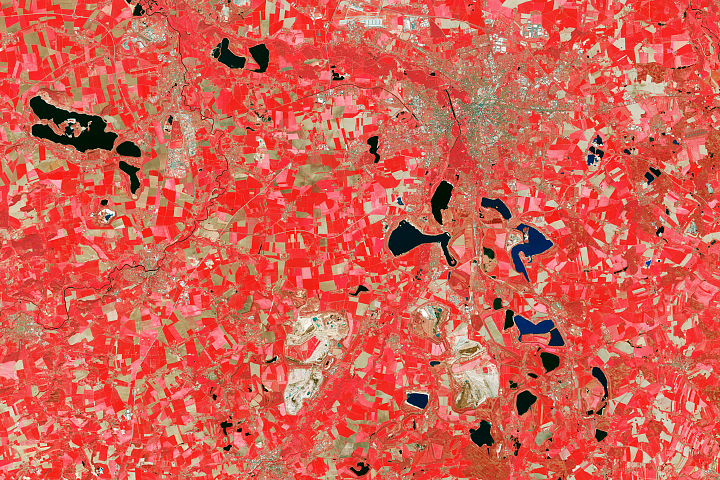 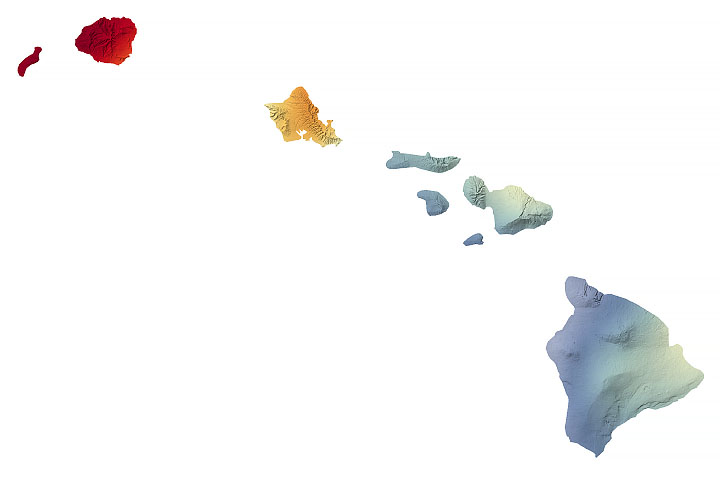