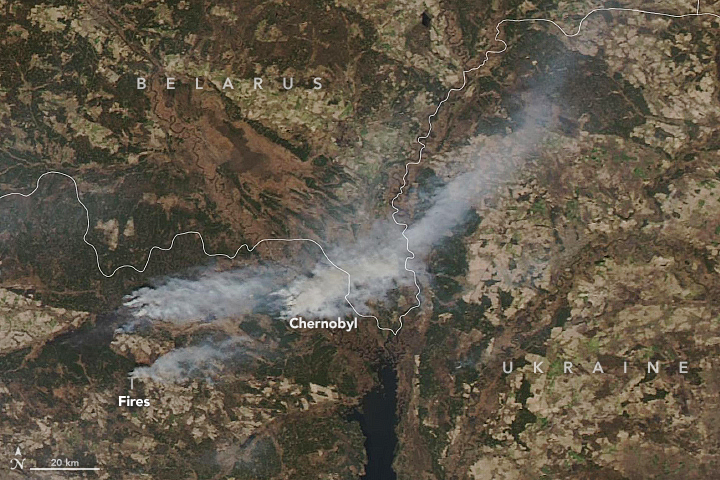 In early April 2020, satellites observed several wildfires in northern Ukraine around the Chernobyl Exclusion Zone. Hundreds of firefighters and at least eight airborne units were working to extinguish fires in the Denysovets, Kotovsky, and Korogodsky forests.

The natural-color image above shows the fires on April 9, as observed by the Moderate Resolution Imaging Spectroradiometer (MODIS) on NASA’s Aqua satellite. Forecasts called for winds to blow the plumes of smoke toward the Chernihiv region and the border with Belarus. The image below, also from Aqua, shows the fires on April 8, when smoke spread toward Ukraine’s capital, Kiev, approximately 100 kilometers (60 miles) to the south.

Officials have been fighting fires in the exclusion zone since April 4, 2020. As of April 9, police evacuated residents from the village of Poliske, which is located within the zone. 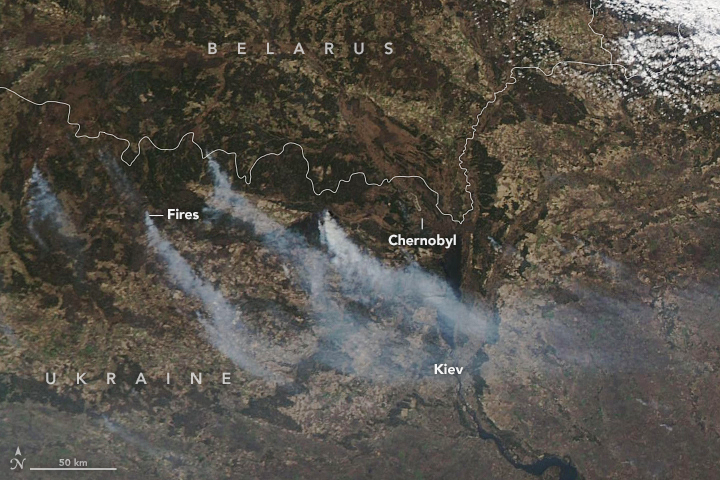 The soils and forests of the exclusion zone, which spans about 2,600 square kilometers (1,000 square miles), were contaminated in 1986 by radioactive fallout from the Chernobyl nuclear accident. Fires in the exclusion zone are not uncommon, but the severity and intensity of the fires has grown over the years as more forests and grasslands have recovered. Research has also shown that fires in heavily contaminated areas can resuspend radioactive elements in smoke plumes that then get carried across long distances.

On April 5, officials tested the air in Kiev and nearby suburbs for radioactivity, but they did not report finding any man-made contamination. As of April 9, the State Emergency Service of Ukraine reported that background radiation levels continue to be within the normal range around Kiev. Additionally, no spikes in radiation have been reported in Belarus.

For six days, wildfires have been spreading near the Chernobyl Exclusion Zone. 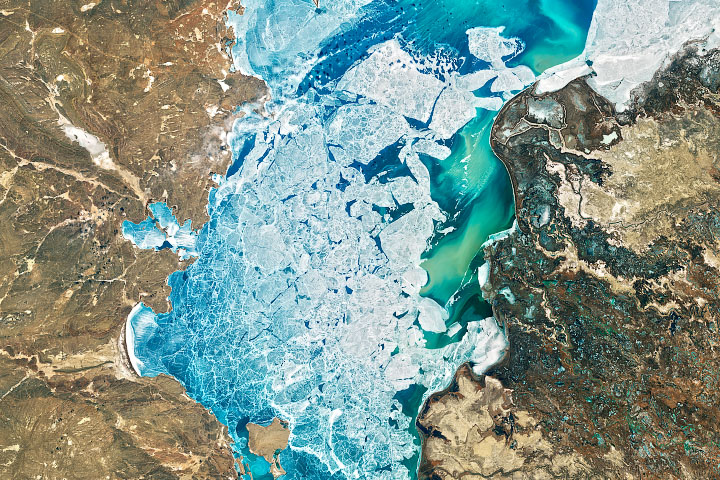