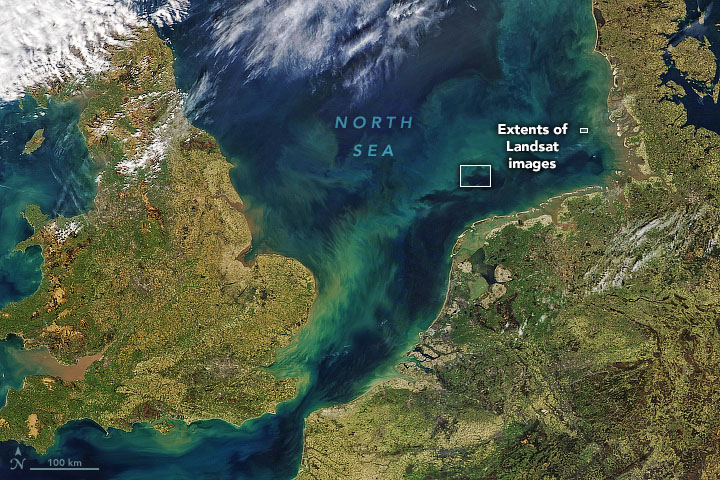 The North Sea in springtime is as colorful as any place you will find on land. Spring 2020 was no different, as phytoplankton and sediment produced a vivid display in this relatively shallow sea between Great Britain and northern Europe.

Blooms of phytoplankton—the tiny plant-like organisms floating in the ocean—are constantly in flux. Their populations explode, then die out, while at the same time they are mixed by the currents and tides. Sediment that gets carried along with moving water is also constantly in motion. The wide view above shows a snapshot of the North Sea on March 25, 2020. It is a composite, combining data acquired that day by the Moderate Resolution Imaging Spectroradiometer (MODIS) instruments on NASA’s Terra and Aqua satellites, which passed over in the late morning and early afternoon.

Ute Daewel, a marine ecosystem scientist at the Center for Materials and Coastal Research in Germany, points out three distinct regions. Closest to the coast of mainland Europe, the color in the very shallow water is likely due to suspended sediments and other matter carried to sea by the large rivers. (There could be phytoplankton present, too.) The same phenomenon is visible around the coast of Great Britain, particularly where the River Thames meets the North Sea.

The areas a bit farther offshore are still relatively shallow, but appear dark blue—a sign that the surface waters are relatively clear due to a lack of phytoplankton and sediment. The lack of color could be due to the water being well mixed by tides. All of this churning mixes the biomass with it, making phytoplankton less concentrated at the surface (where satellites can detect it). It could also be the case that a phytoplankton bloom in this area has already come and gone. Spring blooms in this part of the sea can start as early as February, Daewel notes, which would have dissipated by the time these images were acquired.

Even farther offshore, the milky blue color is a common signature of a type of phytoplankton called coccolithophores; greener areas may be diatoms. (It is impossible to verify the species present without a direct water sample.) The water here is relatively deep, but as surface waters warm during the spring, they stop mixing much with deeper water. This allows the topmost layer to sustain plenty of nutrients that, together with ample light, appear to be fostering a bloom. Shallower areas around Dogger Bank also appear to be abloom. 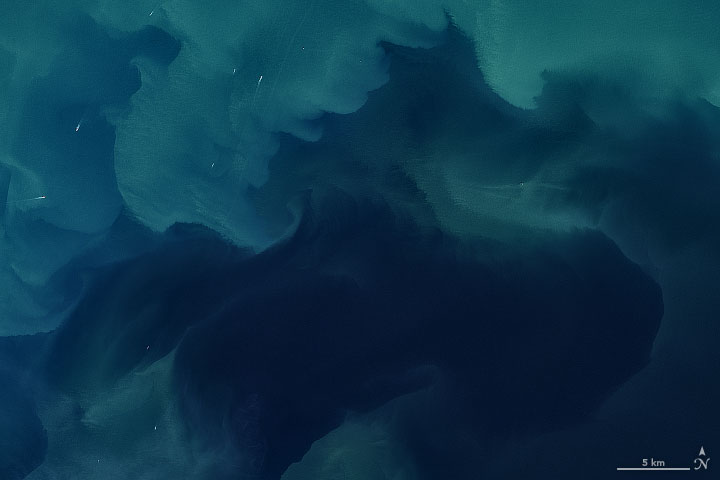 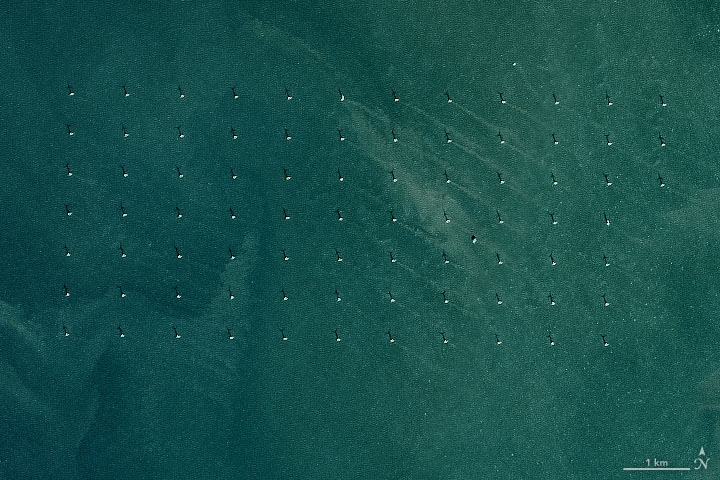 A closer look reveals some of the compelling patterns visible in North Sea waters. The images above, acquired March 25 with the Operational Land Imager (OLI) on Landsat 8, show detailed views of the southern North Sea.

“I am still amazed with the large-scale beautiful patterns that tiny creatures paint in our oceans,” said Carsten Lemmen, an environmental and ecosystem scientist also at the Center for Materials and Coastal Research. The first detailed image shows a phytoplankton bloom located far offshore, about 70 kilometers (45 miles) north of the West Frisian Islands—an island chain off the coast of the Netherlands. it is part of a larger bloom tongue that extends across the southern North Sea from England (for context, see the wide view). Researchers are actively trying to understand why there is less phytoplankton near the coast.

There is more than just phytoplankton and sediment in the water. The second detailed image shows the array of wind turbines that compose the Amrumbank West wind farm. This array is one of many built to take advantage of the region’s strong winds. The turbines cast a shadow northward. Many of them also produce a wake stretching across the water to the southeast. Studies have shown that turbines can modify local wind patterns above the sea surface, as well as the movement of currents and sediment below. 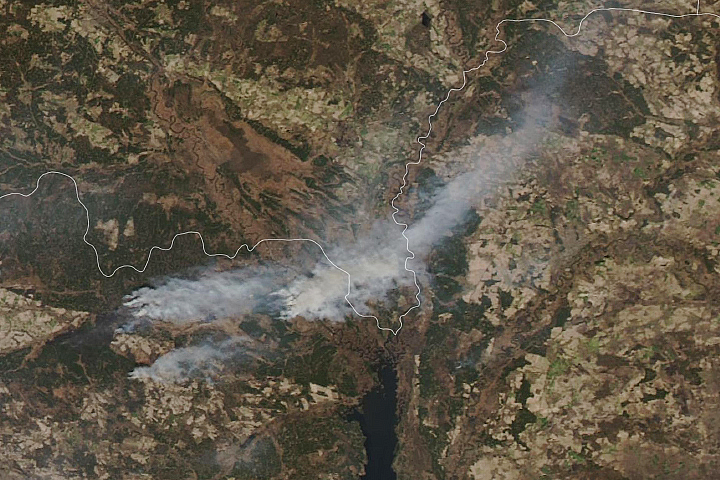 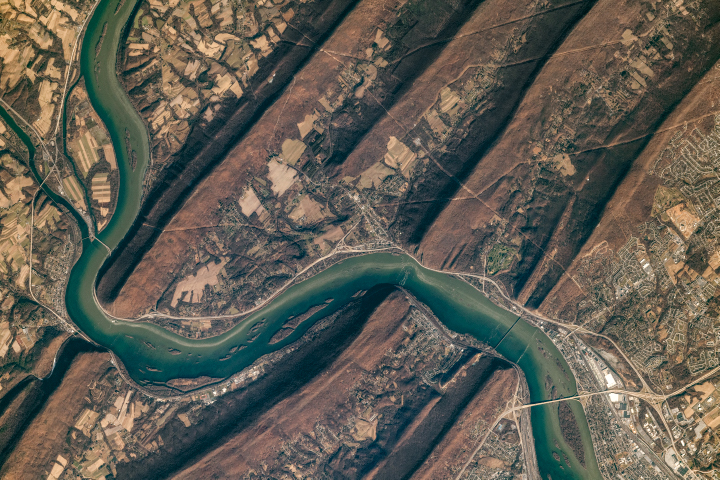