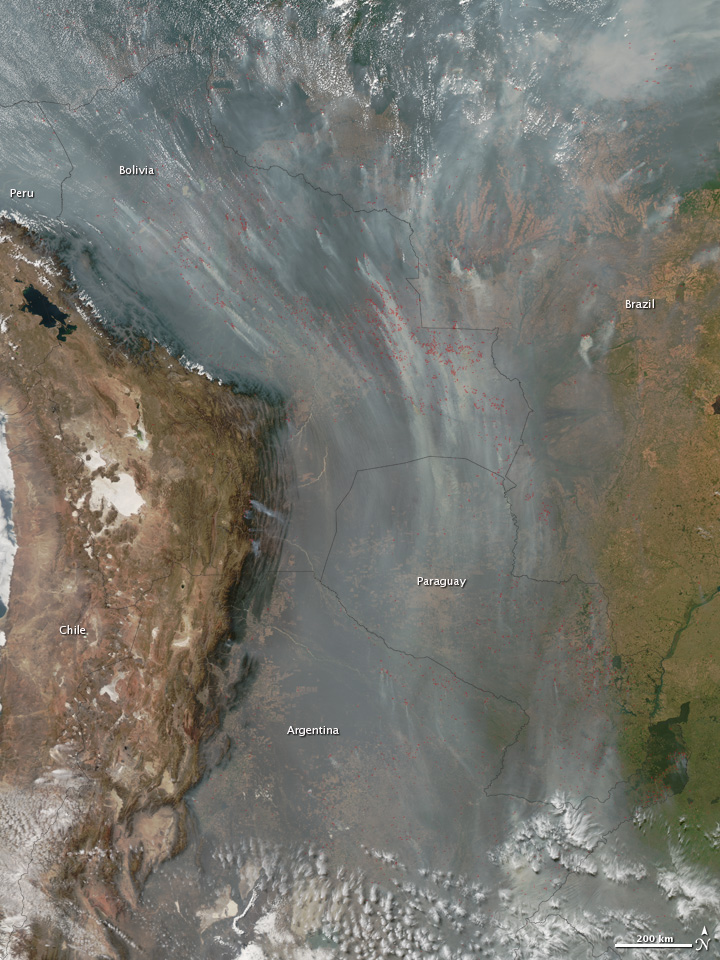 The Moderate Resolution Imaging Spectroradiometer (MODIS) on NASA’s Aqua satellite detected 148,946 fires in this image on August 23, 2010. The fires are outlined in red. Most of the fires are concentrated in Bolivia, where the governments of two states had declared a state of emergency because of widespread fires three days earlier. Scores of fires also burn in Brazil, Paraguay, and Argentina.

The fires cloak the heart of South America in gray-white smoke. Spreading north and south along the east side of the Andes Mountains, the smoke extends over the entire 2,500-kilometer length of the image. The smoke closed 28 of Bolivia’s 39 airports, reported CNN on August 19.

While some fires do occur naturally in Bolivia, most of these fires were probably set deliberately to clear land for crops or pasture. August is the height of the dry fire season in the region. In 2010, however, unusually dry weather and winds allowed many land management fires to expand into dangerous large wildfires.

The large image provided above is the highest-resolution version of the image. The image is available in additional resolutions from the MODIS Rapid Response Team.