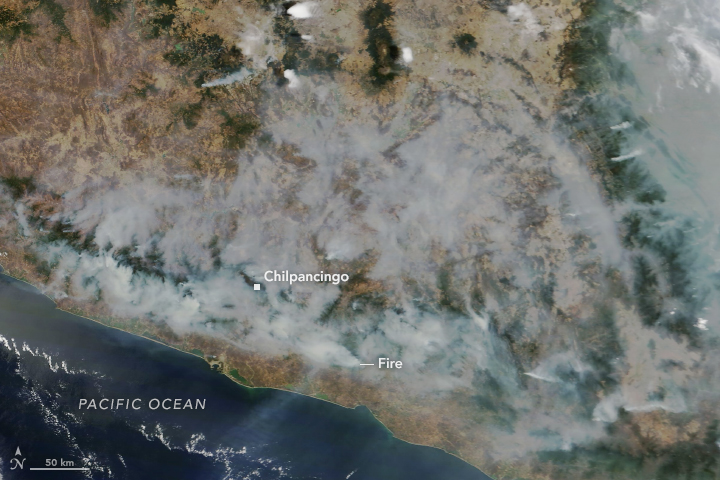 Fires have raged for nearly a week in the coastal state of Guerrero in south-central Mexico. On May 8, 2019, the Secretary of Civil Protection reported 23 active forest fires throughout the state. The fires have been difficult to control because of strong winds.

One fire has destroyed hundreds of hectares in the community of El Calvario, a town located in the state capital municipality, Chilpancingo. Local officials declared that the fire had been fully contained as of May 8, 2019. “Fully contained” does not mean the fire has ceased, but that the fire’s perimeter has been completely surrounded by a barrier or buffer zone that helps keep the fire from passing a certain point.

This image shows smoke from the fires as observed on May 9, 2019, by the Moderate Resolution Imaging Spectroradiometer (MODIS) on NASA’s Terra satellite.

March to May is the height of fire season in many parts of the Mexico. Fires have been burning this week in Oaxaca, where more than 7,000 hectares (17,000 acres) of land have been consumed by fires this year.

The Comisión Nacional Forestal has recorded nearly 4,000 fires across Mexico this year, according to a news report on May 7. Many regions of Mexico may soon get some relief as the rainy season begins in late May or June. 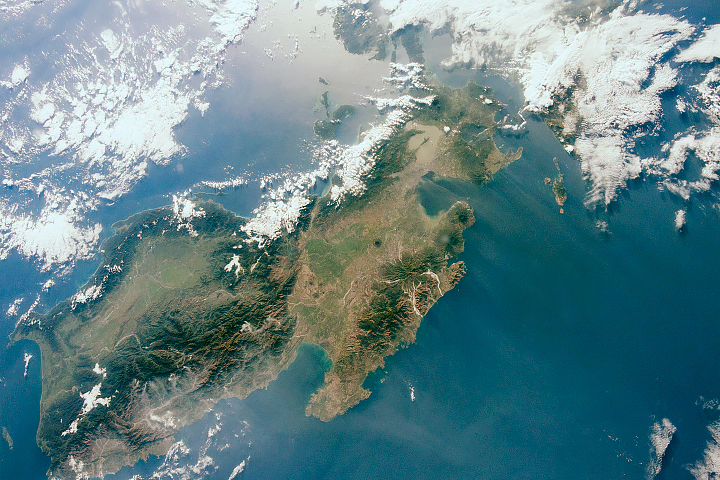 Hundreds of fires burned in Mexico in 2019. 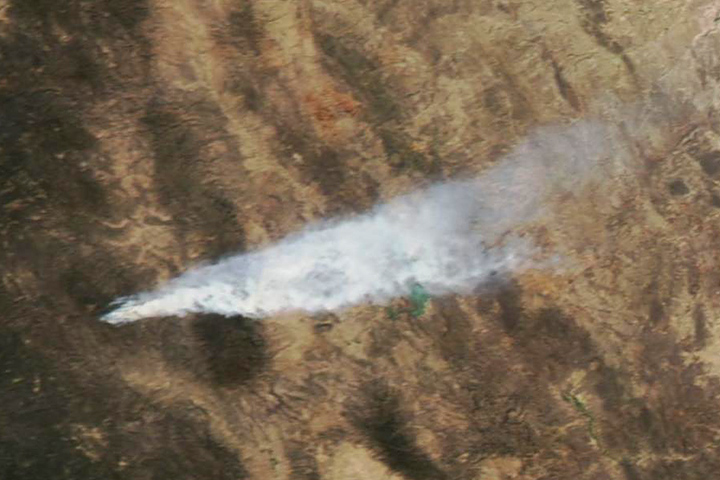