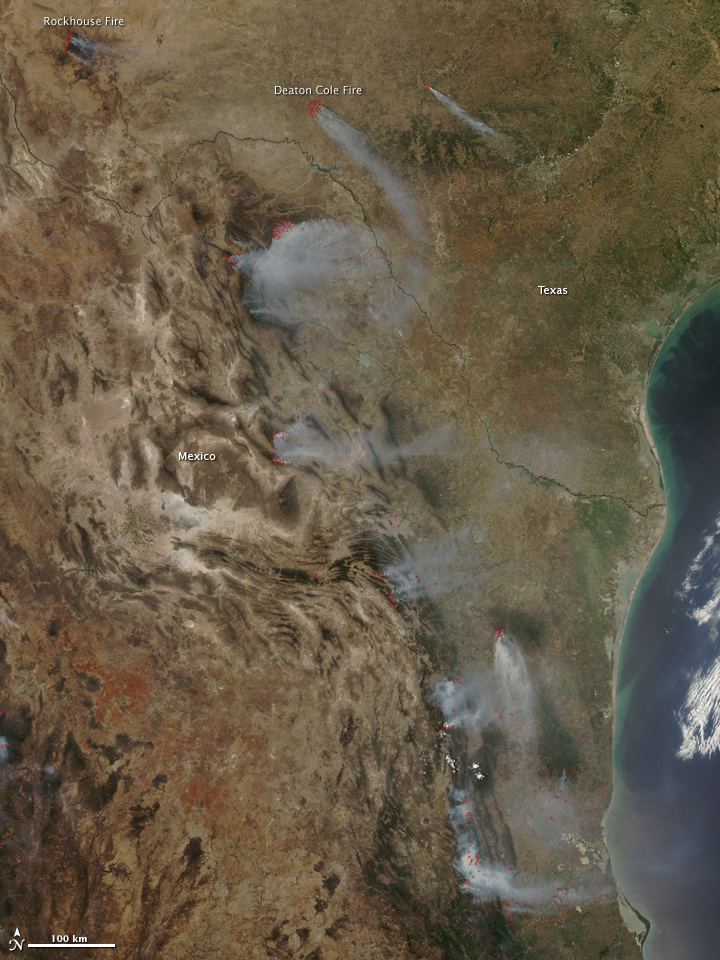 Judging by the plumes of smoke, strong winds stoked the wildfires in Mexico and Texas on April 27, 2011, when the Moderate Resolution Imaging Spectroradiometer (MODIS) on NASA’s Aqua satellite acquired this image. The fires are outlined in red.

High temperatures, dry air, and strong winds during the last week of April made for extreme fire conditions in Mexico, said Semarnat, the Mexican agency for the environment and natural resources. In Coahuila, a state that shares a border with Texas, fires have been raging throughout April, burning 249,000 hectares. The large fires burning in northern Mexico are among the eight active fires Semarnat reported in the state on April 27.

Immediately to the south, the state of San Luis Potosi reported 22 active fires on April 28. Most of these fires were burning in grass and brush after being ignited by lightning.

Farther south, Vera Cruz also reported widespread fire activity. Many of the fires were intentionally set for agricultural clearing but then grew out of control because of strong winds. The state has temporarily banned agricultural burning. The large image, which shows the wider area, shows several smaller fires burning throughout Mexico. This type of widespread burning is usually agricultural in nature.