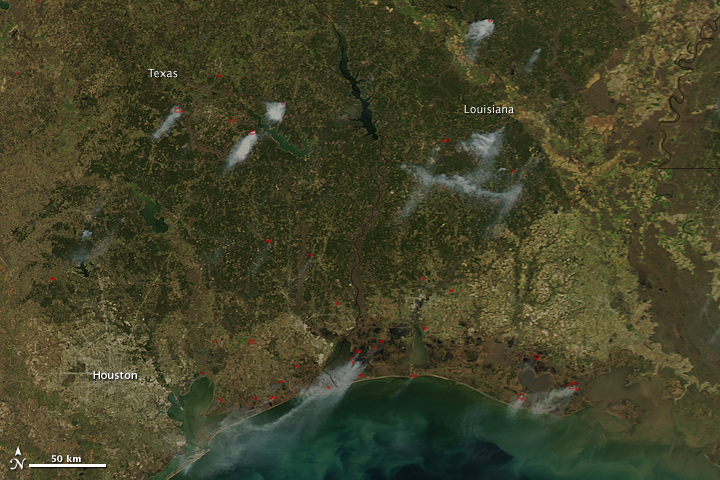 The fires are burning in dark green wooded areas, producing thick plumes of smoke. The fires are much smaller than the large fires that burned in the Panhandle on February 27. Texas Forest Service reported 13 wildfires that burned 288 acres on March 1—a small number compared to the 130,000 acres that burned in previous days. However, fires burning in wood generally produce more smoke and are warmer than grass fires, making them far easier to detect from space. By contrast, MODIS detected only a few of the large, fast-burning grass fires that destroyed homes in northern Texas on February 27.