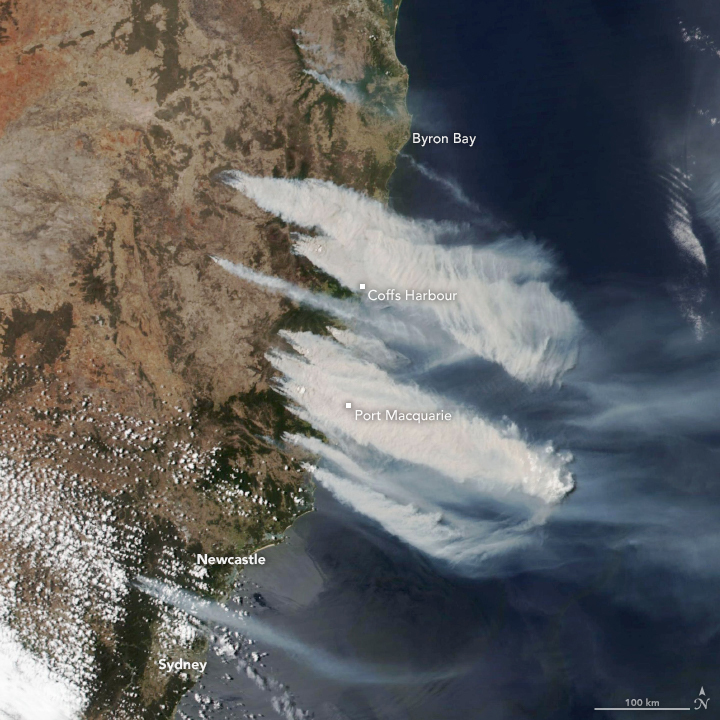 Bushfire season in New South Wales, Australia, typically runs from October through March. Just one month into the 2019 season, news reports say the amount of burned area has already surpassed that of the past two years combined.

The recent spate of fires is visible in this image, acquired at 2:30 p.m. local time on November 8, 2019, by the Visible Infrared Imaging Radiometer Suite (VIIRS) on the NOAA-NASA Suomi NPP satellite. The fires burned near the coast from north of Sydney to the border with Queensland, with thick smoke blowing southeast over the Tasman Sea.

Amid the burning, citizens of coastal cities watched their skies turn orange-red and air quality was degraded. In Port Macquarie, the air quality index (a scale that indicates pollution levels) was well into the hazardous category. That’s the level at which everyone is at risk for the pollution to affect their health.

Burning bans have been put in place in some areas amid forecasts for continued severe fire weather—warm temperatures paired with strong winds. The region also has been drier than usual; the lack of rainfall in New South Wales led to one of five driest January-October periods on record. 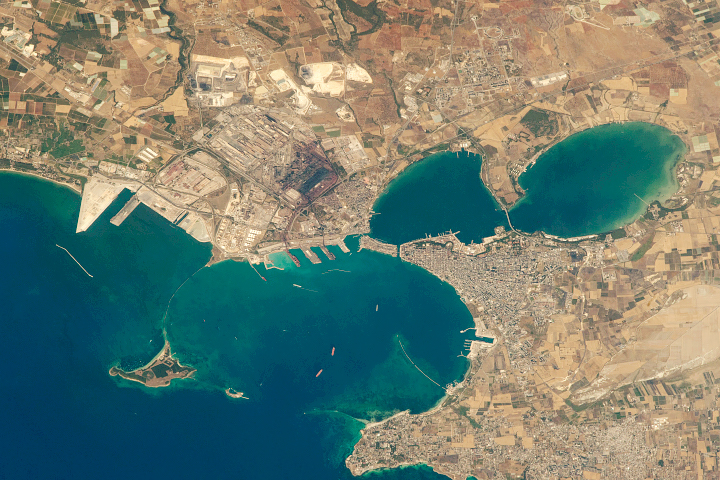 Smoke billowed from a string of bushfires lining the coast of the Australian state. 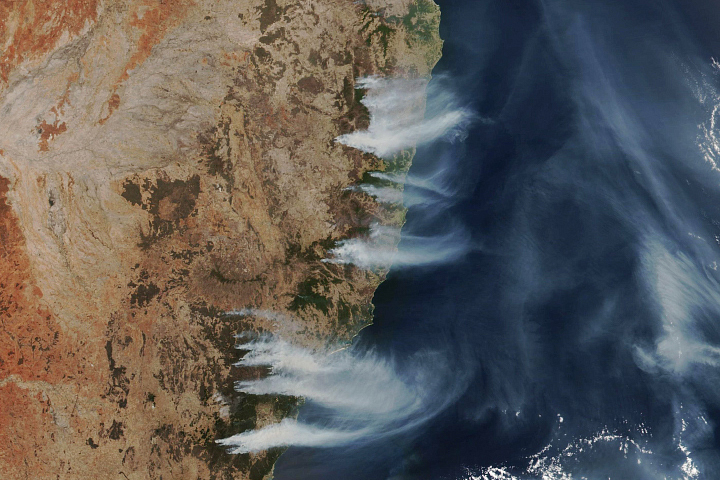