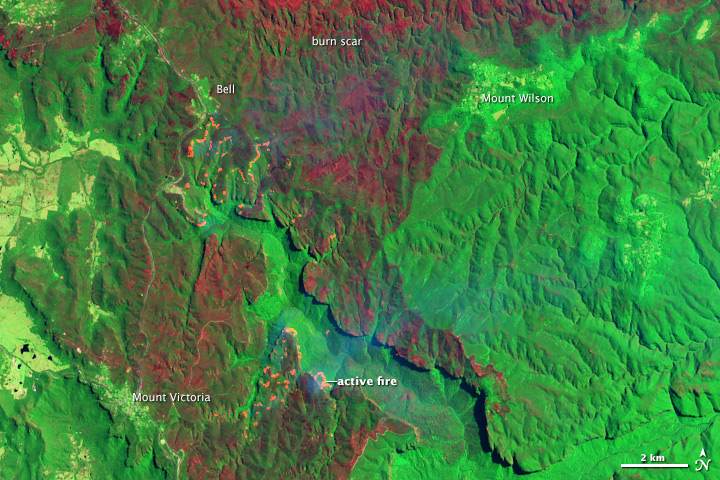 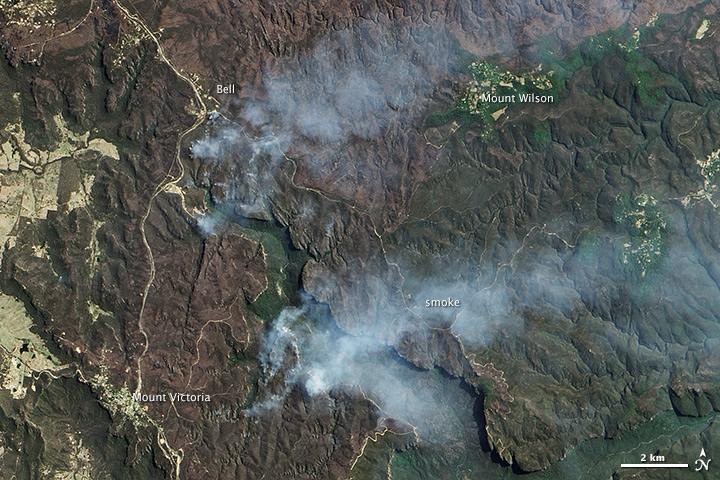 In early September, the Bushfire Cooperative Research Center released a report pointing out that large swaths of New South Wales faced an unusually high risk of fire during the 2013–2014 bushfire season. Abundant rain over the past three summers had left extra grass and vegetation in many areas. Unusually high temperatures since July 2013 had also dried out forests, priming them to burn.

September 2013 proved to be the hottest on record in Australia, with most parts of New South Wales experiencing temperatures between 3 to 6 degrees Celsius (5 to 11 degrees Fahrenheit) above average. This got the fire season off to an early start, with large numbers of fires breaking out on September 10. Numerous small fires burned on and off in the Blue Mountains throughout September and early October.

By mid-October, more than 100 fires were burning in the area. On October 16, Australian military forces accidentally triggered the State Mine fire during a training exercise that involved live explosives, and it quickly became the largest of all the fires burning in the region. About two weeks after it started, the fire had charred more than 52,813 hectares (130,514 acres).

The Advanced Land Imager on the Earth Observing-1 (EO-1) satellite acquired these images of the fire and part of its burn scar on October 26, 2013. In a natural-color image, the burn scar appears brown. In the false-color image, unburned vegetation appears green, while burned areas are red. Actively burning fires are orange. The false color image is made from a combination of infrared and visible light.

Firefighters were able to protect homes from damage in Mount Wilson, Mount Victoria, and Bell, but other communities were not as fortunate. Fires destroyed 193 homes and damaged 109 in Springwood, according to the New South Wales Rural Fire Service. Victoria, Lithgow, Wyong, and Balmoral also lost homes.