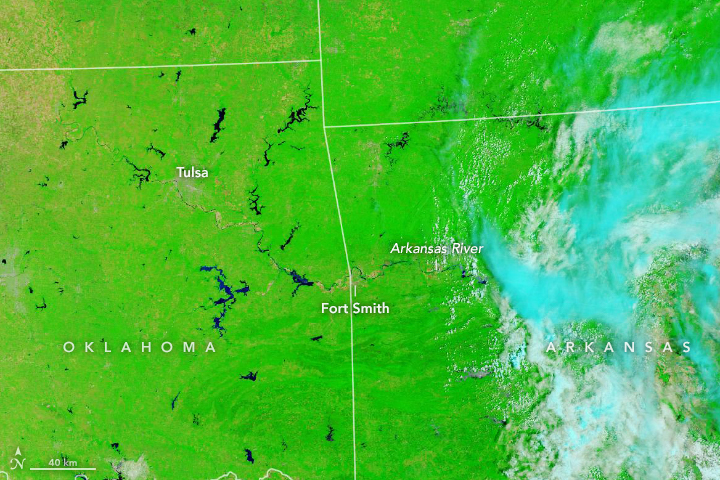 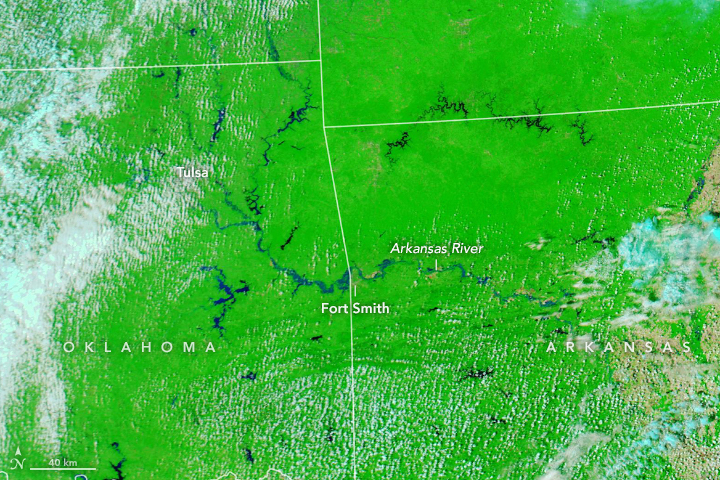 The Southern and Central United States have been drenched by rainstorm after rainstorm in the spring of 2019, leading to widespread flooding. Across the continental United States, river gauges at 404 locations were above flood stage on May 29, with the vast majority along the Missouri, Mississippi, and Arkansas rivers and their tributaries.

The problem was most acute in late May along the Arkansas River. As of May 29, the National Weather Service reported flooding at 22 gauges along the river in Kansas, Oklahoma, and Arkansas, not including nearby tributaries and lakes. Major flooding was observed at 13 of those gauges. News media and forecasters predicted flooding in every major community along the river in the coming days. Every county in Oklahoma was in a state of emergency, and evacuations were ordered or recommended in several communities in Arkansas.

The false-color images above were acquired by the Moderate Resolution Imaging Spectroradiometer (MODIS) on NASA’s Aqua and Terra on May 27, 2019 (right), and May 26, 2018 (left). The combination of near-infrared and visible light (MODIS bands 7-2-1) makes it easier to see rivers out of their banks and water spread across flood plains. Water is blue; vegetation is green; clouds are bright blue or white; and bare flood plains along the river are tan (2018 image). 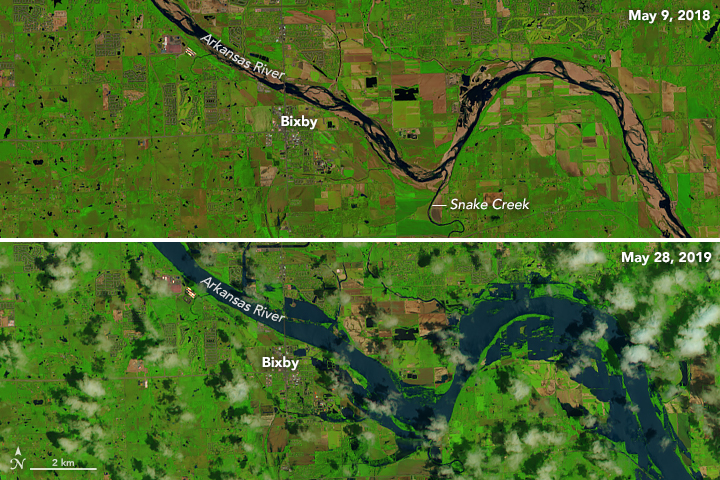 On May 28, 2019, the Operational Land Imager (OLI) on Landsat 8 obtained closer views of flooding near Tulsa, Oklahoma. For comparison, the same area is shown in May 2018. The false-color images use OLI bands 6-5-4, in which flood waters appear blue, vegetation is green, and bare ground is brown. The image pair above focuses on the Arkansas River south of Tulsa, around the suburban town of Bixby. The pair below shows flooding on the northeast side of the city, along the Caney and Verdigris rivers, which flow into the Arkansas. 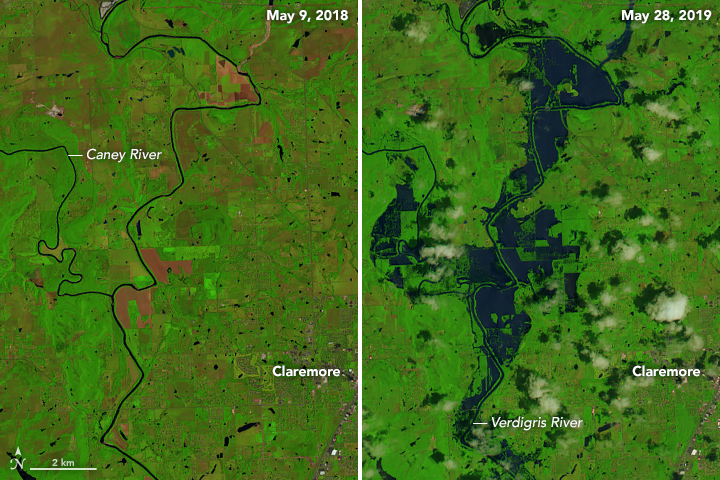 In addition to abundant rain water pouring into the rivers and streams, the U.S. Army Corps of Engineers has had to release water from the Keystone Lake reservoir into the Arkansas River. The lake is near capacity, so the Corps has been releasing water through floodgates at roughly the same rate that water has been flowing in from upstream. The levees nearby were built in the 1940s, so state and federal officials have been closely monitoring them.

Near Fort Smith, Arkansas, river water levels reached 40.26 feet (12.27 meters) on May 28, surpassing the record of 38.10 feet. A new record could be set when the Arkansas River crests again on May 30 or 31. The river has been 18 to 20 feet above flood stage since May 26, and water spilled over two levees southeast of the city.

The continental United States recently finished its soggiest 12 months in 124 years of modern recordkeeping. There have been many reasons for the wet weather, but the 2018-19 record fits with observed long-term increases in overall precipitation and in heavy rainfall events. In the Fourth National Climate Assessment released in 2018 by the U.S. Global Change Research Program, scientists reported: “The frequency and intensity of heavy precipitation events are projected to continue to increase over the 21st century. Mesoscale convective systems (organized clusters of thunderstorms) in the central United States are expected to continue to increase in number and intensity in the future.” 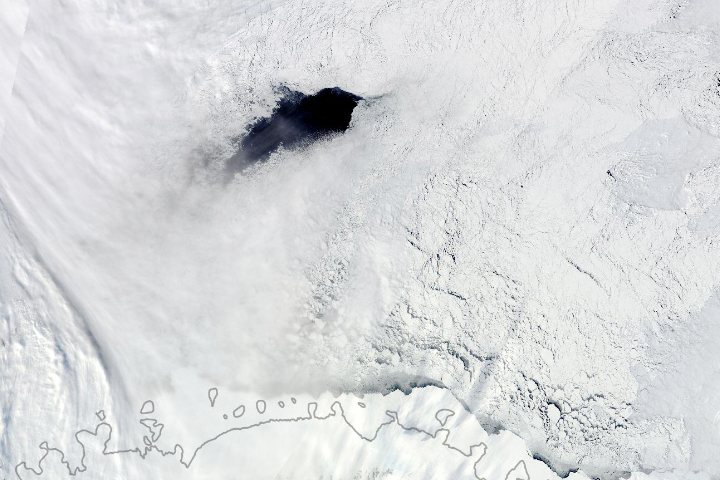