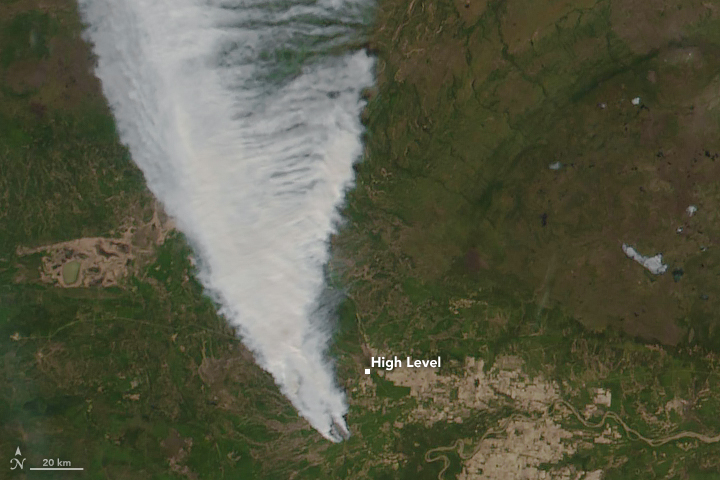 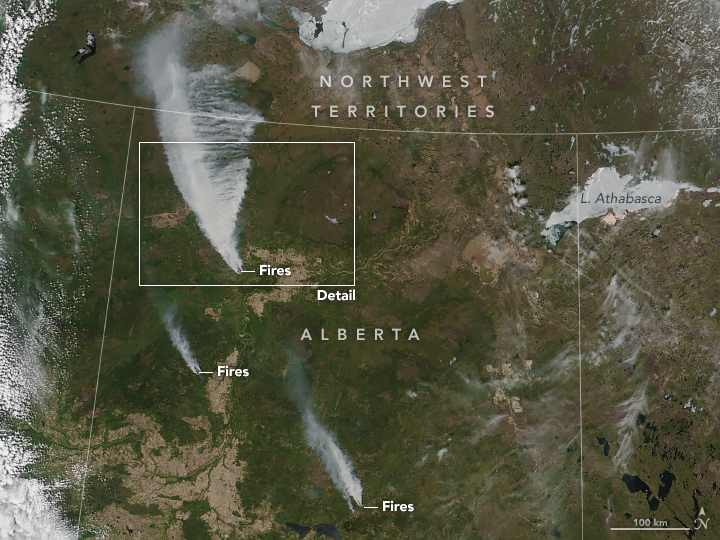 Some residents of High Level, Canada, were told on May 20 to evacuate in the face of a large and out-of-control wildfire that has started advancing toward the town.

The Chuckegg Creek wildfire started on May 12, 2019, and mostly burned northwest and away from populated areas. On May 18, residents told news media about thick clouds of black smoke, an ominous sign but still a distant threat. By May 19, the fire had charred at least 25,000 hectares (60,000 acres), according to statistics from provincial officials at Alberta Wildfire.

On May 20, the fire took a turn and advanced within 5 kilometers of High Level (population 3,000). It had spread across an estimated 69,000 hectares, leading the Alberta Emergency Management Agency to issue a mandatory evacuation order for residents south and southeast of the town. A state of emergency was declared for Mackenzie County.

Electric power outages were reported in High Level, First Nation reserves, and across parts of Mackenzie County. Fire managers warned of extreme fire danger due to warm air temperatures, low humidity, gusty winds, and no precipitation in the near-term forecast. Alberta Wildfire deployed more than 60 firefighters along with heavy equipment, helicopters, and air tankers to contain this fire, while requesting more resources from the province.

The Chuckegg Creek wildfire was one of six burning out of control in northern and central Alberta Province as of May 20, 2019. The provincial government recorded 11 other fires as being under control and three as “being held” (not likely to grow past expected boundaries). Fire bans and off-road vehicle restrictions were in place in much of the northern tier of Alberta.

The Visible Infrared Imaging Radiometer Suite (VIIRS) on the Suomi NPP satellite acquired these natural-color images of northern Alberta in the early afternoon of May 19, 2019. Beyond the blaze near High Level, other wildfires burned to the south in the Slave Lake Forest Area and near Grande Prairie. Closer to Edmonton (not in this view), firefighters battled blazes near Edson and Marlboro.

The fires have sprung up in a time that ecologists refer to as the “spring dip.” Scientists have noted for years that forests in Canada and around the Great Lakes in the United States are especially susceptible to fire in the late spring because trees and grasses reach a point of extremely low moisture content (a dip) between the end of winter and the start of new seasonal growth. The effect is not yet well understood, as it also involves subtle changes in plant chemistry. 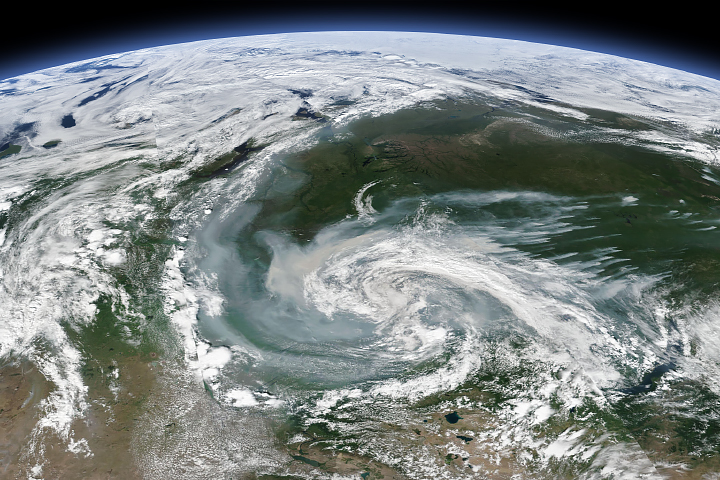