The Comings and Goings of Lakes 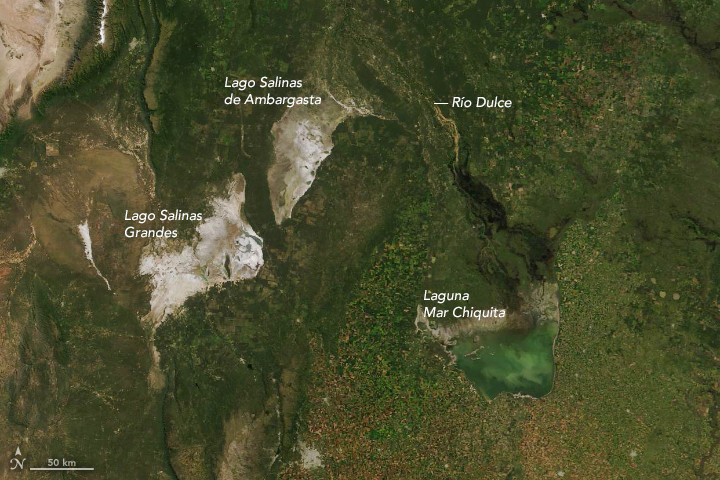 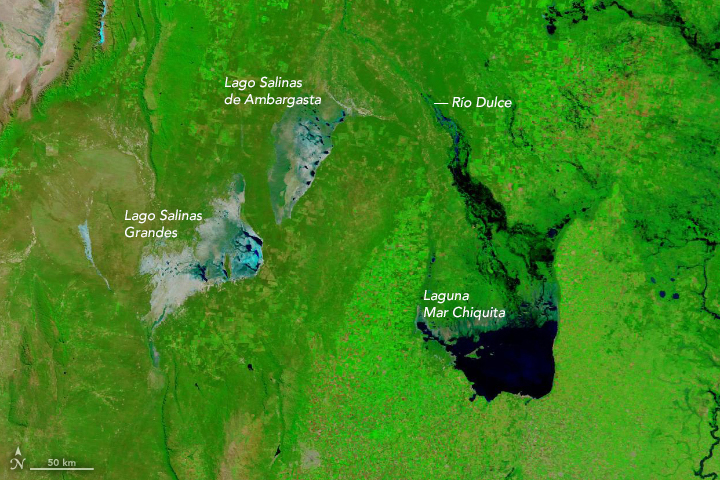 Lakes and ponds come and go over time. Over the past four decades, Landsat satellites have peered down as thousands of them have filled up and dried out—in many cases several times.

Usually, cyclical changes in weather patterns spur the changes. An El Niño, for instance, can fuel persistent drought in some areas and flooding rains in others. In other cases, human activities are the clear trigger, such as the contraction of the Aral Sea or the birth of a new reservoir.

But there is another, much slower variable that sometimes plays a role: plate tectonics. The shifting and colliding of large, rigid plates establishes the mountain ranges, basins, and other large-scale features on which all other processes play out. Sometimes, tectonics can even play a key role on a more localized scale, such as defining where and when individual lakes can exist. That is the case in Argentina at Laguna Mar Chiquita and the neighboring salt flats, Lago Salinas Grandes and Lago Salinas de Ambargasta.

On April 7, 2019, the Moderate Resolution Imaging Spectroradiometer (MODIS) on NASA’s Aqua satellite acquired the natural-color image above. The dry, crusted salt flats appear white against the green vegetation surrounding them. Southeast of the flats, the Laguna Mar Chiquita is fed by water from the Dulce River and appears green. The false-color image, made from infrared and visible light (bands 7-2-1), makes it easier to distinguish the standing water.

A river once carried water from mountains to the north directly into the salt flats, a team of geologists explained in Earth and Environmental Science. At the time, that river carried enough water to fill a large lake known as Laguna Grande.

Eventually, tectonic forces pushed up a ridge that bisected the lake and forced the river to turn east. (The ridge appears as the green line that separates the two salt flats.) As the ridge grew, the river course shifted. By about 200 years ago, the river had moved so much that Laguna Grande no longer received enough water to sustain a lake. While Laguna Grande dried up, Laguna Mar Chiquita started filling with the river water. 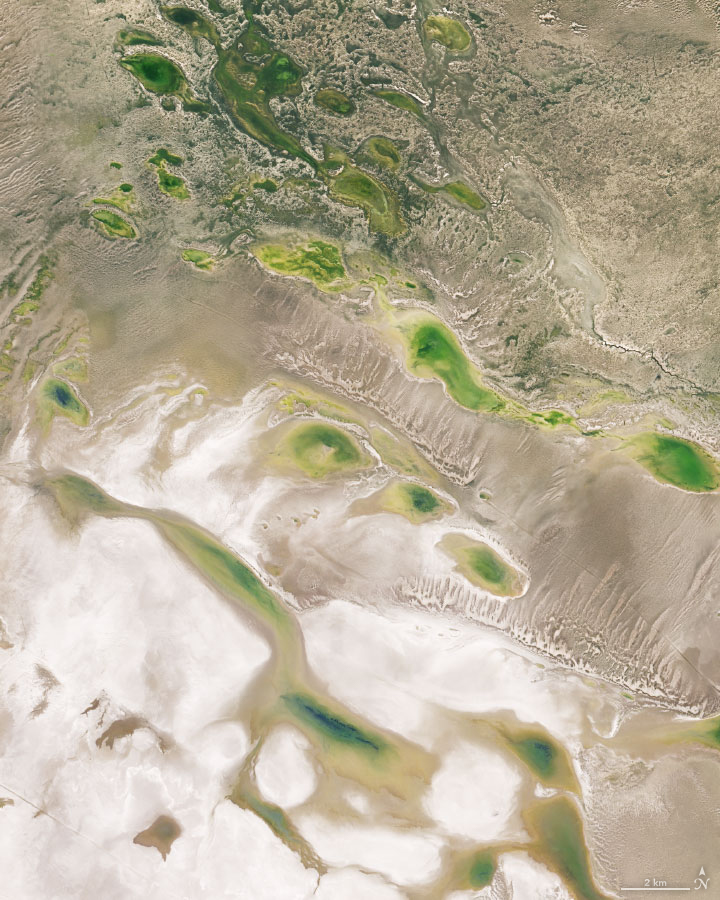 You can still sometimes find water pooled up in Lago Salinas de Ambargasta and Lago Salinas Grandes. However, much of it comes from springs, not rivers. In the Landsat image of Lago Salinas de Ambargasta shown above, pooling and flowing of spring water amidst the salt-encrusted surfaces of the old lake bottom caused the distinctive pattern. Salt-loving algae likely gave the water its unnatural green color. In the Landsat image below, the linear features are old sand dunes encrusted with salt.

The two salt flats offer a glimpse of the future for Laguna Mar Chiquita. The same tectonic processes that once deprived Laguna Grande of its water are still at work, so geologists expect newly rising mountains to push the river elsewhere and deprive Mar Chiquita of water, too. 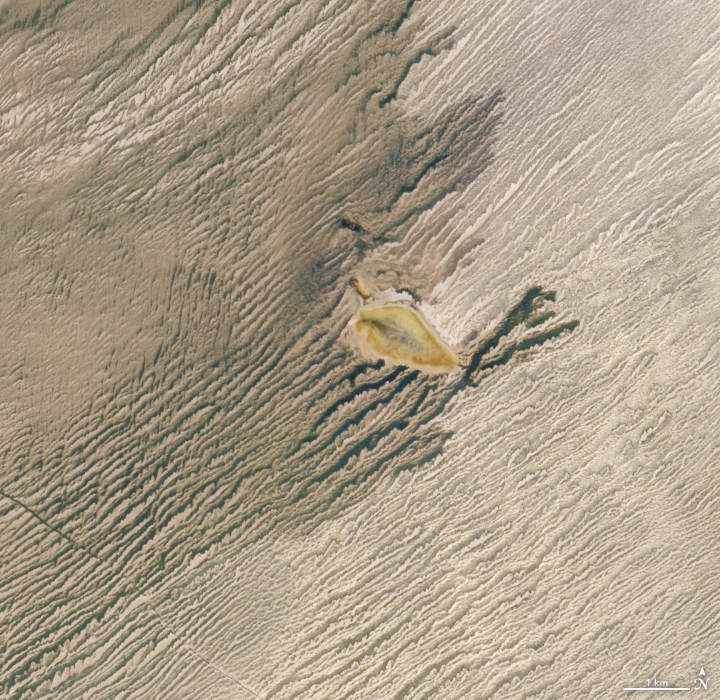 Sometimes the slow grind of plate tectonics can determine where and when lakes exist.