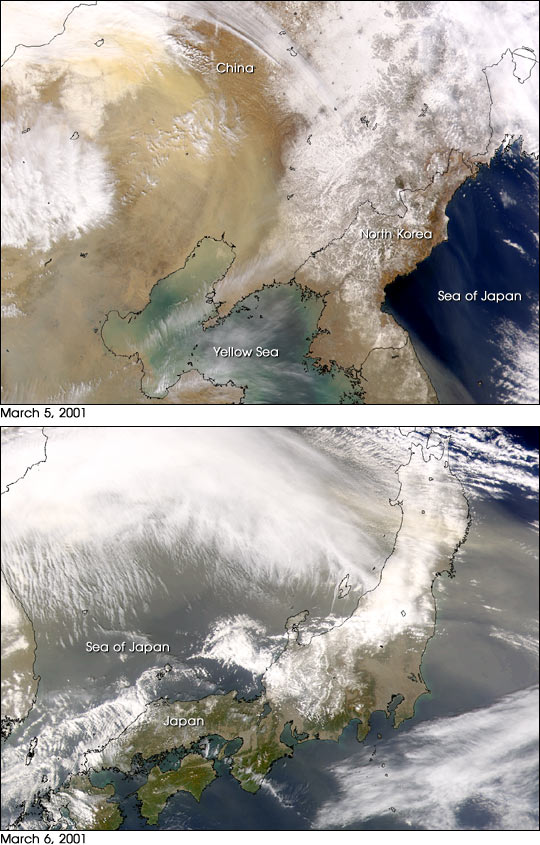 While the northeastern United States experienced a major snowstorm, northeastern China was hit by yet another major dust storm yesterday and today (March 5–6, 2001). In these Sea-viewing Wide Field-of-view (SeaWiFS) images of the area, clouds (white pixels) can easily be distinguished from the dust (light brown pixels)

In the March 5 scene, the heaviest visible concentrations of dust are blowing southeastward from the Gobi Desert, between the Bohai Sea and the Mongolian border. South of the dust storm (in the lower left corner of the image), over the capital city of Beijing, there also appears to be a thick shroud of haze (greyish pixels), possibly from industrial emissions.

The March 6 SeaWiFS image over the region shows the dust storm from the mainland blowing eastward across Korea and Japan, and out into the Pacific Ocean.