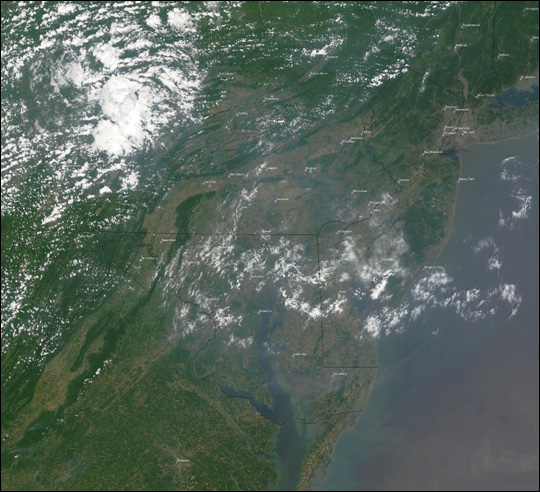 The U.S. Environmental Protection Agency issued a code red warning for air quality over much of the Mid-Atlantic region, including Washington, D.C., on June 11, 2002. The EPA warning means that the air is classified as either “Unhealthy” or “Unhealthy for Sensitive Groups,” according to the EPA’s index.

This true-color scene shows hazy conditions over much of the eastern United States—spanning from northern Georgia to southeastern New York. The haze can also be seen blowing eastward over the Atlantic Ocean. This image was acquired by the Moderate Resolution Imaging Spectroradiometer (MODIS) and processed at the MODIS Direct Broadcast receiving station at the University of Madison-Wisconsin.