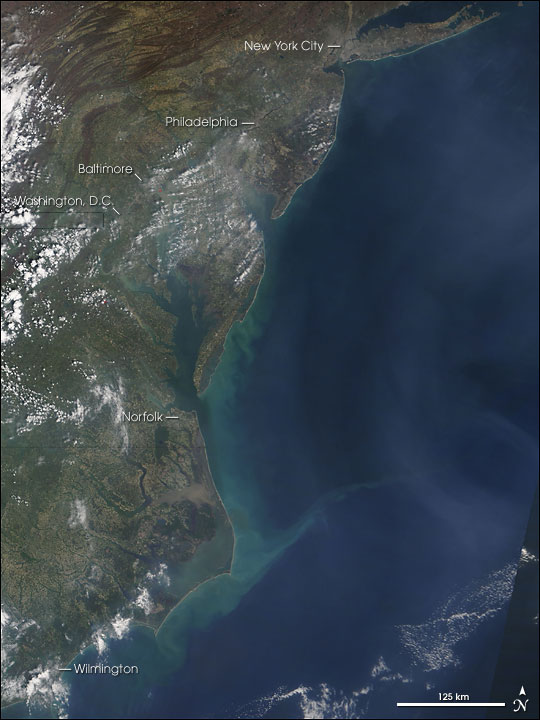 Haze hung over the U.S. East Coast on April 19, 2005, lowering the air quality in many eastern cities, though none reached the EPA's "Code Red" category—unhealthy—. In a few cities, the levels of ozone and particulate matter 2.5 micrometers in diameter or larger entered the range of orange, which indicates the air could be unhealthy for people in sensitive groups, such as the elderly or people with respiratory conditions like asthma.