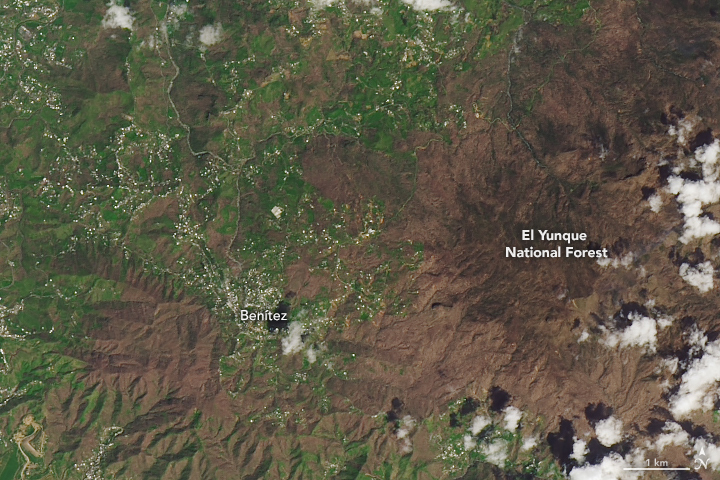 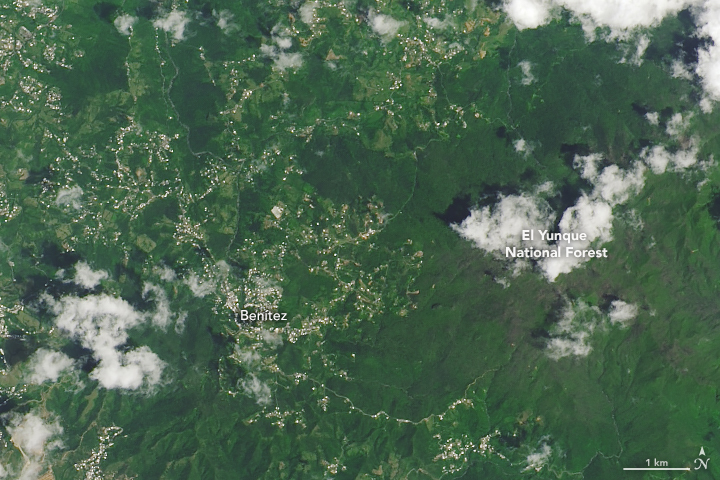 Nighttime satellite images showed much of Puerto Rico cast into darkness. The entire electrical grid had failed, as the storm toppled 80 percent of utility poles and downed all the transmission lines. Only 5 percent of the island had cell phone service, and just 20 percent of residents had running water. Hundreds of thousands of homes were damaged or destroyed. Most roads were impassable. A third of the island’s forests were stripped bare.

One year later, much has improved, though major problems remain. The power grid, though still spotty, is back online. Cell phones and drinking water systems work again. The economy is showing signs of growth. Forests have bounced back.

The Operational Land Imager (OLI) on Landsat 8 acquired a pair of images (above) showing the western part of El Yunque National Forest in October 12, 2017, (left) and September 13, 2018 (right). The storm killed or severely damaged 21 to 33 million trees across the island—mainly in high-elevation areas such as El Yunque—according to one scientific assessment. But field research also indicated that 87 percent of tree trunks were left standing, so many forests have recovered quickly and started to reestablish lush, green canopies. 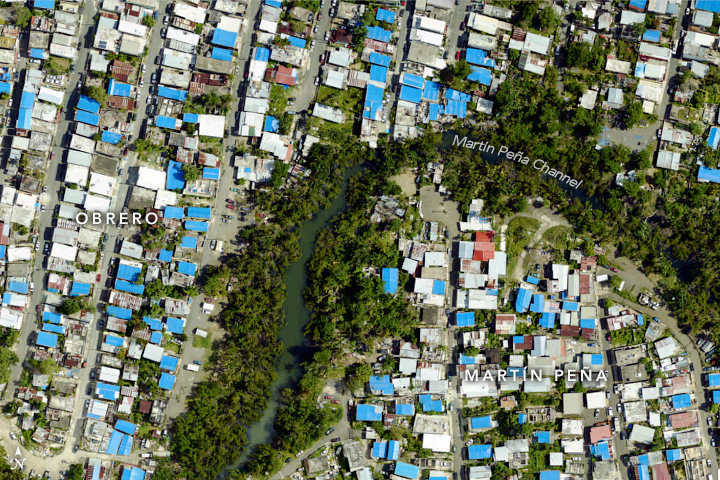 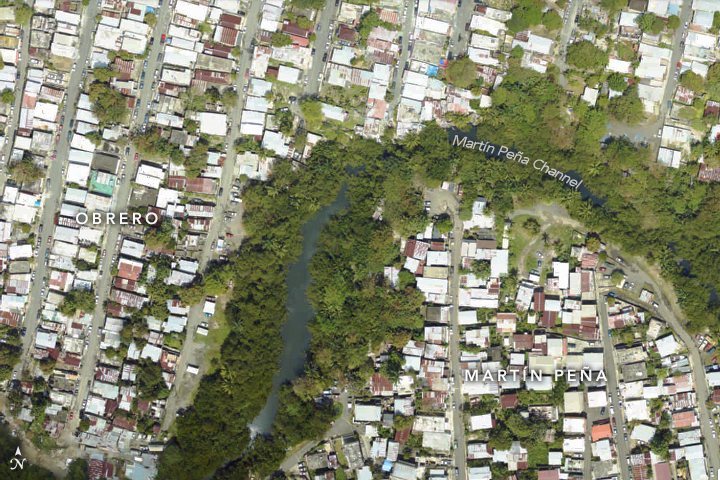 In other realms, the progress has been slower. In the year since the storm, the Federal Emergency Management Agency (FEMA) and United States Army Corps of Engineers distributed 126,000 blue tarps and nearly 60,000 temporary blue roofs to people awaiting repairs on damaged homes. In many areas, the distinctive blue roofs are still ubiquitous.

An aerial photograph above shows damaged roofs in Barrio Obrero, one of several impoverished neighborhoods clustered along the flood-prone Martín Peña Channel. Though broad mangrove swamps once lined the canal, development and pollution have pushed most of them out. The two images were acquired in April 2018 and March 2017 by a team of NASA scientists that has been studying Puerto Rico’s forests and mangroves.