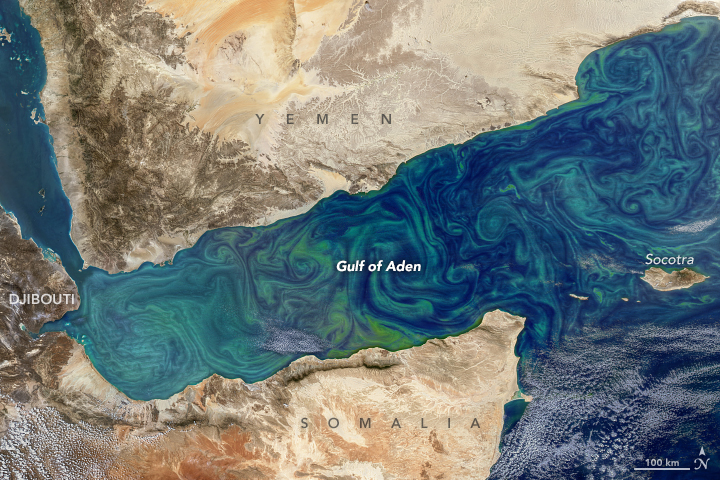 In the Gulf of Aden, the largest phytoplankton blooms tend to show up in mid-summer near the coast of Yemen and in mid-autumn near the coast of Somalia. But blooms can happen in other seasons as well, including winter.

A winter phytoplankton bloom is visible in this image, composed from data acquired on February 12, 2018, by the Moderate Resolution Imaging Spectroradiometer (MODIS) on NASA’s Aqua satellite. A series of processing steps were applied to the data to highlight color differences and to bring out the bloom’s subtle features. The image shows phytoplankton swirling in this Gulf on the western end of the Arabian Sea.

Without a water sample and analysis, it is impossible to know for sure what type of phytoplankton composed this bloom. “NASA hopes to, some day, be able to better identify different types of phytoplankton from orbit through hyperspectral instruments designed specifically for ocean-color remote sensing,” said Norman Kuring, an ocean scientist at NASA’s Goddard Space Flight Center. “The Plankton, Aerosol, Cloud, ocean Ecosystem (PACE) mission, currently in development, is such an endeavor.”

On the same day that the satellite image was acquired, researchers working from a ship in a northern part of the Arabian Sea identified a bloom of Noctiluca scintillans stretching from the coast of Oman to India. Joaquim Goes, a biological oceanographer at Lamont Doherty Earth Observatory, provided the photograph below. It shows the N. scintillans bloom on February 12, 2018, as seen offshore from Muscat, Oman. 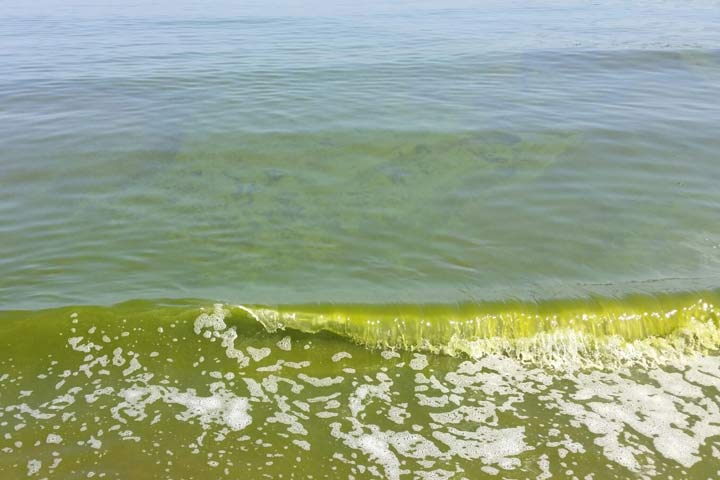 The field work was part of the Decision and Information System for the Coastal waters of Oman (DISCO), a collaborative project supported by NASA Applied Sciences, and in partnership with Sultan Qaboos University and with Oman’s Ministry of Agriculture and Fisheries Wealth. The project aims to develop models that can be used to forecast harmful algal blooms.

Understanding how blooms vary in composition, size, location, and timing is important for knowing how their presence or absence affects marine ecosystems and fisheries. Phytoplankton can be an important source of food for marine mammals, shellfish, and fish. N. scintillans, however, has been shown to be harmful to fish and marine invertebrates. And some blooms can be so thick that they clog desalination plants in the Arabian Sea. 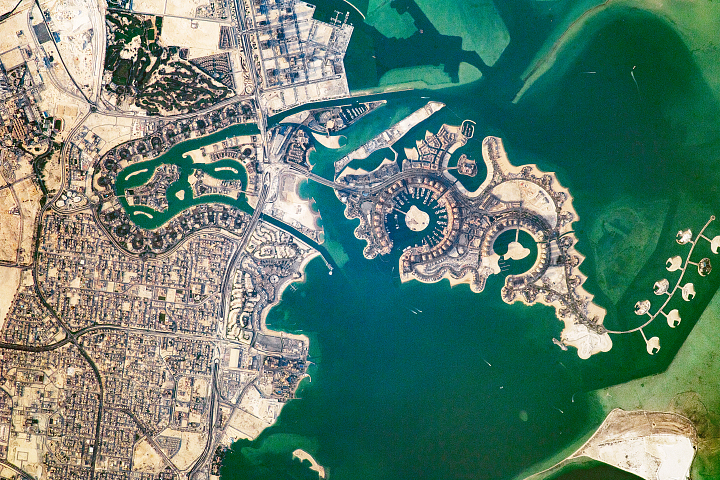