Vast Dust Storms in the Sahara 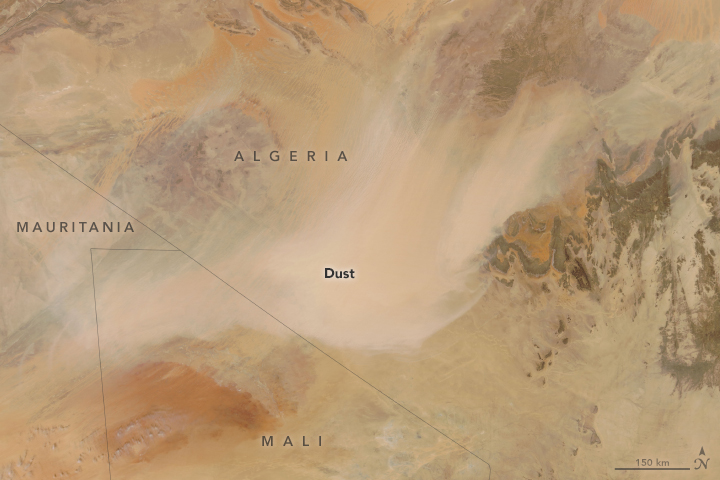 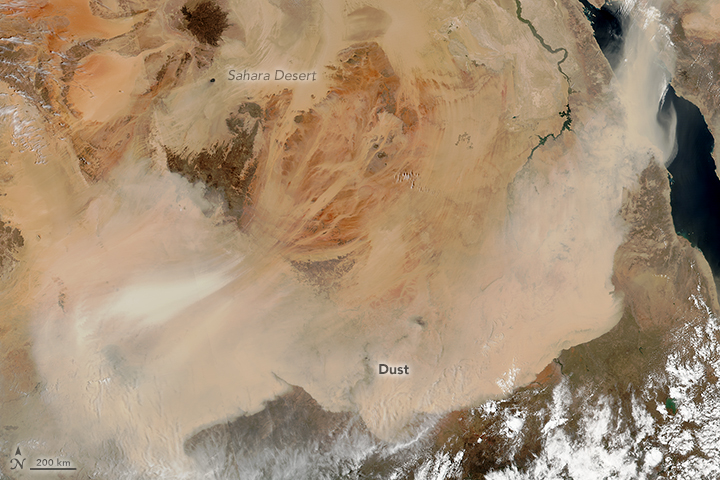 In late March 2018, North Africa endured a maelstrom of sand, with far-reaching effects. Dust from the Sahara spread north into Europe last week, coating ski slopes and Mediterranean cities in orange particles. In western Africa, tons of dust blew out over the Atlantic, perhaps headed for the Americas.

Even by the standards of the desert interior of Africa, the storms of late March have been intense. Schools and airports have been shut down in Sudan and Egypt, among other places, and a thick orange haze has filled the air as wind-driven sandstorms, or haboobs, stirred up the Sahara.

Though there is often some amount of dust being blown around in North Africa, recent activity appeared to pick up (as viewed by satellite) on March 21, 2018, when the Moderate Resolution Imaging Spectroradiometer (MODIS) on NASA’s Terra satellite acquired the top image. A full week later, the Visible Infrared Imaging Radiometer Suite (VIIRS) on the Suomi NPP satellite acquired the second image, a natural-color view of an intense wave of dust in northeastern Africa. Major plumes of dust were visible somewhere around the Sahara on every day between those images.

“Springtime dust from Africa is interesting,” said Hongbin Yu, an atmospheric scientist at NASA’s Goddard Space Flight Center. “Our analysis of multiple satellite measurements shows that in recent years annual dust variability is dominated by the spring. Surface wind is likely to be a dominating factor, although soil moisture and vegetation cover in Sahel-Sahara transition region also contribute.”

NASA recently began a collaboration with a science team at Cornell University to examine the climate effects of dust storms. Researchers will build an instrument, to be mounted on the International Space Station, that can detect the mineral composition of airborne dust. Minerals of various colors, sizes, and chemistry can have different warming or cooling effects on the atmosphere.

Even by the standards of the desert interior of Africa, the storms of late March have been intense.