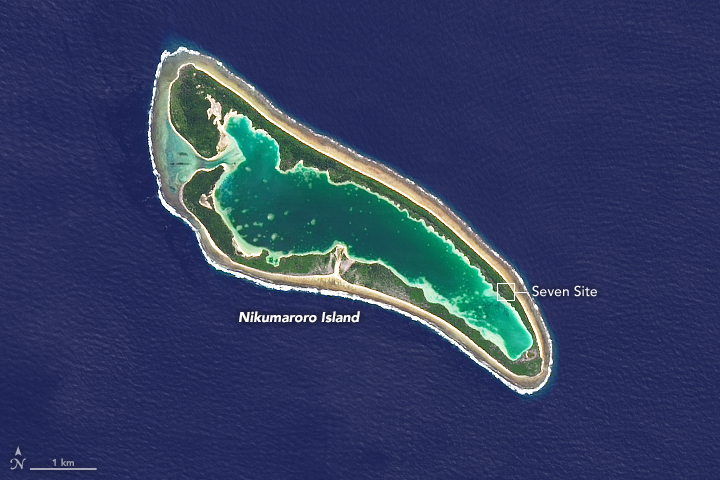 Today’s caption is the answer to the March 2018 puzzler.

It is one of the most famous patches of coral outside of the Great Barrier Reef. Stretching a mere 7.5 kilometers (4.7 miles) by 2.5 kilometers (1.6 miles) and surrounded by deep ocean, it is barely a speck on world maps. Though uninhabited today, Nikumaroro atoll is noteworthy for someone who likely had a short and ill-fated residence there: Amelia Earhart.

Nearly 1,000 miles from Fiji, halfway between Australia and Hawaii, this South Pacific island is essentially a sandbar atop a coral reef atop a subsiding deep-sea volcano. The Operational Land Imager (OLI) on Landsat 8 acquired a natural-color image of the tiny island on July 28, 2014.

Once named Gardner Island by American sailors, Nikumaroro is part of the Phoenix Islands in the island nation of Kiribati. The Americans and the British tried several times to colonize the island, attempting to grow coconuts and considering the spot for weapons testing. Thick scrub and stands of Pisonia and coconut palms hold the sandbar in place around a central lagoon. Kiribati declared the island part of the Phoenix Islands Protected Area in 2006.

The most famous claim to fame for Nikumaroro is that it may be the final resting place for Amelia Earhart and Fred Noonan. The pair of Americans flew out of New Guinea in July 1937 on one of the last proposed legs in their attempt to circumnavigate the world by airplane. Their intended destination was Howland Island (also part of the Phoenix Island chain), but they never made it. Radio transmissions suggested they might have missed their target by several hundred miles to the southeast.

For decades, forensic scientists, historians, and aviation aficionados have searched for evidence that Earhart landed the Lockheed Electra 10E on Nikumaroro. Many of those efforts have centered around a crest of land called The Seven Site (named for the shape of a clearing). British colonists in the late 1930s found human bones, a woman's shoe, airplane parts, bottles of cosmetics, and a box that once contained a sextant (for navigation), among other items. Later explorations have turned up evidence of campfires and of shells and fish, turtle, and bird bones that appeared to have been eaten.

But early forensic studies of the remains and artifacts were crude by today’s standards and ultimately proved conflicting and inconclusive. Modern scientists no longer have access to the human bones for DNA testing. A new analysis of the old evidence, published earlier this year, concluded that there is enough evidence to call Nikumaroro the final resting place of Earhart, though the debate continues. 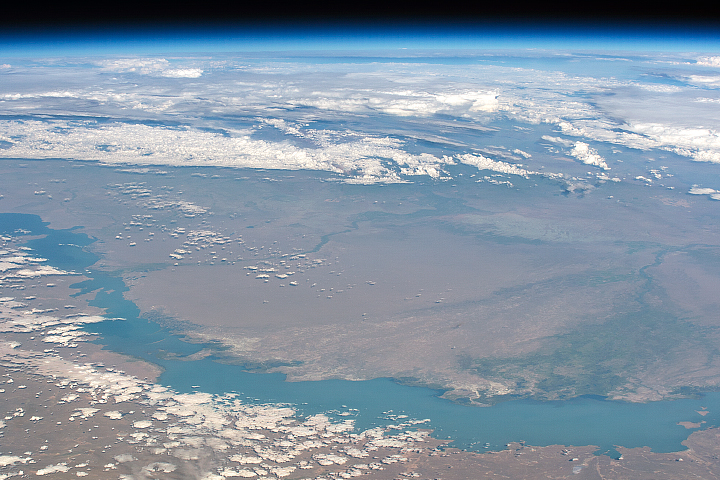 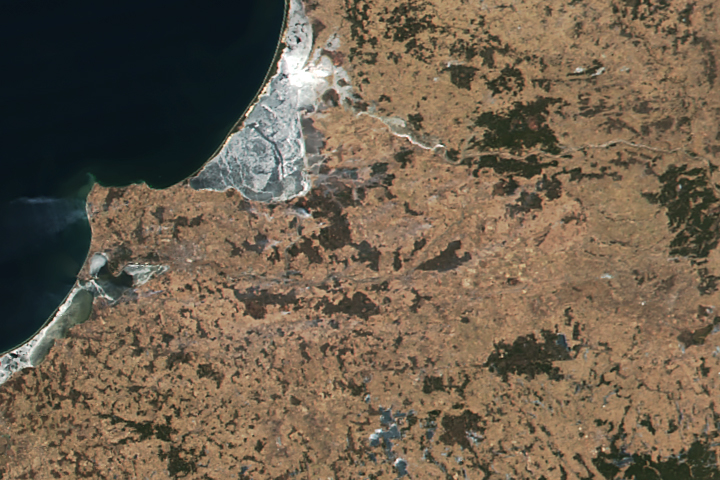