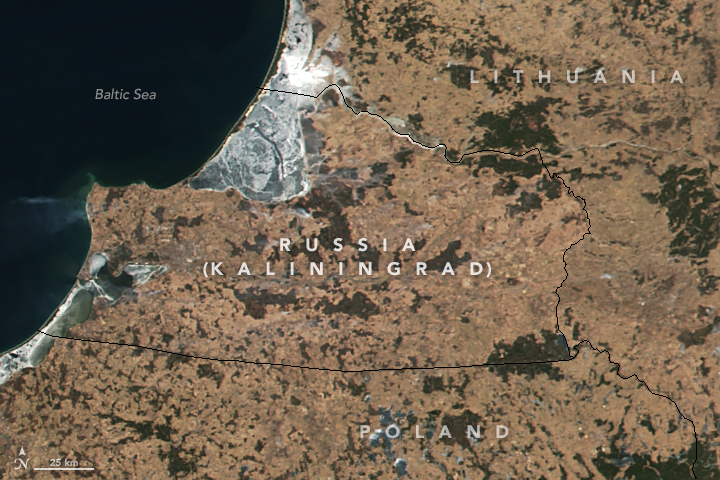 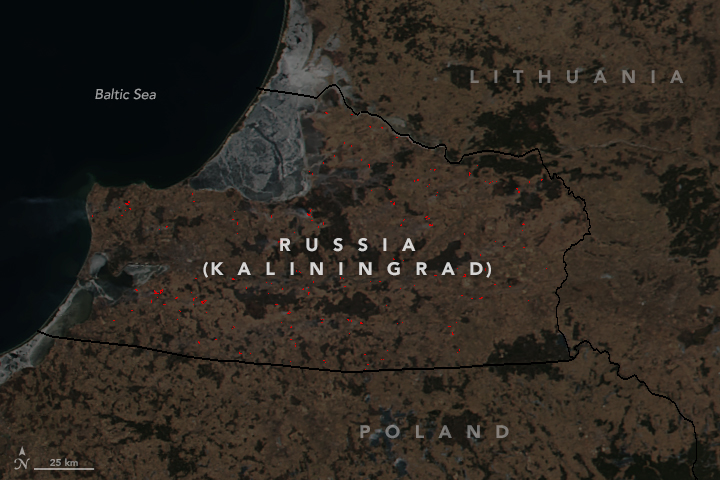 Sandwiched between Lithuania and Poland, Kaliningrad is a small piece of Russia—about half the size of Rhode Island—on the Baltic Sea. Once claimed by Prussia, Kaliningrad was annexed by the Soviet Union during World War II and has since remained under Russian control.

As this natural-color satellite image shows, the borders of Kaliningrad reveal themselves in an unexpected way—fire activity. The Visible Infrared Imaging Radiometer Suite (VIIRS) on the Suomi NPP satellite acquired this natural-color image on March 18, 2018. In the second image, areas with red outlines show where the thermal band on VIIRS detected warm surface temperatures associated with fires. The second image has been darkened to make the hot spots more visible. Use the image comparison to see the differences.

This pattern—with many more fires burning in Kaliningrad than in neighboring Poland, Lithuania, and Belarus—is common in the spring, usually in March through mid-May. There are several reasons for the disparity, explained Alexander Prishchepov, a University of Copenhagen geographer who studies this region. “While intentionally lighting fires is illegal in all of these countries, enforcement of the law is much weaker in Russia,” he said. “Also important is that Kaliningrad farmers abandoned fields at a much higher rate than their neighbors after the Soviet Union collapsed.”

Using Landsat satellite imagery collected over decades, Prishchepov and colleagues calculated that about half of Kaliningrad’s fields were abandoned after 1991. In contrast, adjacent counties in Poland and Lithuania had abandonment rates of less than 20 percent.

When farmland gets abandoned in temperate Europe, it turns into grassy meadows and, eventually, forest. In Kaliningrad, fields that were once used to grow cereal, fodder crops, and vegetables in large collective farms are now used less intensively as pastureland or hay fields. Many owners of grasslands find that burning the prior year’s growth is a cheap and easy way to clear away old grass, fertilize the soil, and prevent forests from encroaching.

However, it is unlikely that all of these fires are related to farming or the management of grasslands. By reviewing satellite data of fire locations over the years, Prishchepov and his colleagues have noticed that fires regularly burn quite close to towns, roads, and airports, suggesting that some of these fires could be ignited by stray sparks from cigarettes and vehicles.

This is not the only burning season in Kaliningrad. A second burning season usually flares up in July and continues through October. During the fall burning period, most of the fires are started by farmers trying to get rid of crop debris left over after harvest, particularly straw.

Limited enforcement of laws against burning and a large number of abandoned fields contribute to the high frequency of fires in this part of Russia. 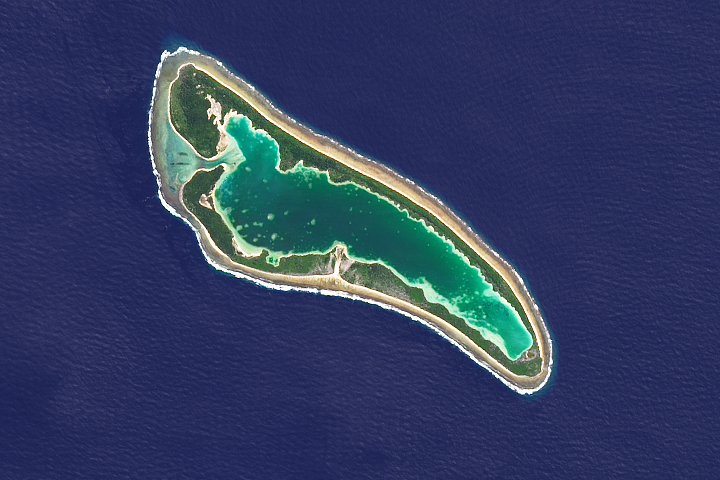