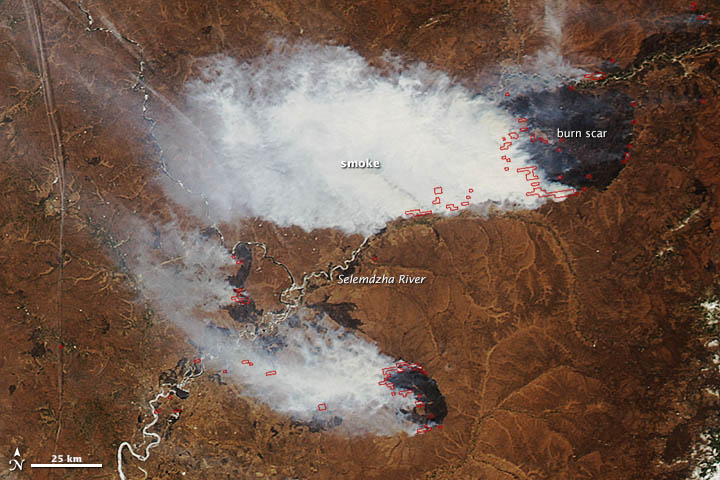 April usually brings a sharp increase in fire activity throughout eastern Russia, as farmers begin to prep their fields for the coming season. This year is no exception.

Numerous fires were burning when the Moderate Resolution Imaging Spectroradiometer (MODIS) instrument on NASA’s Aqua satellite passed over the Amur region near the Selemdzha River. Fields and grasslands appear brown, and red outlines mark the locations of actively burning fires. Two large smoke plumes, as well as a patchwork of darker burns scars, are also visible. Aqua acquired the image on April 29, 2013.

Many of the fires appear to be burning on farmland and were likely started by farmers. The Amur and Selemdzha river valleys are known as some of the most productive agricultural regions in Russia. Farmers in the area usually grow grain and soybeans while raising cattle, pigs, and poultry. Growers often burn debris from the previous year’s crop before replanting in order to clear the land and fertilize the soil.

In one study based on MODIS measurements, scientists tallied the global distribution of agriculture fires and found that between 18 and 29 percent of the fires in central Asia were agricultural in origin. Researchers also found that Russia was responsible for 31 to 36 percent of the world’s agricultural fires—more than any other country. 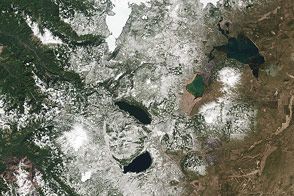 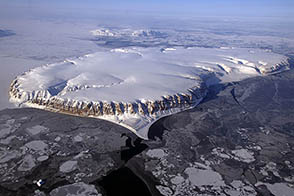