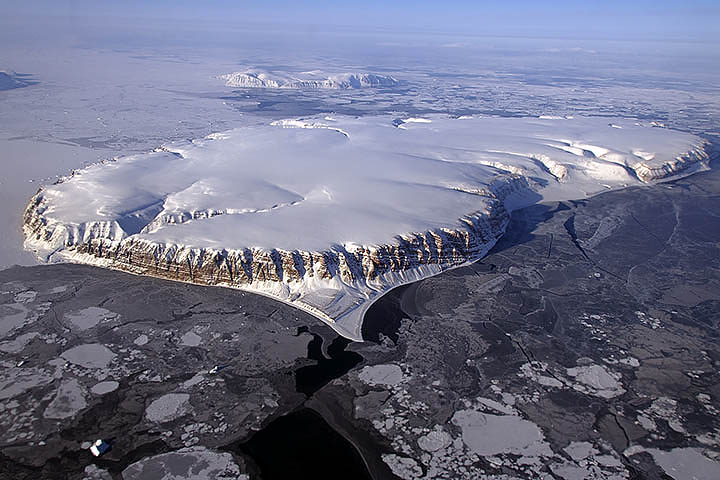 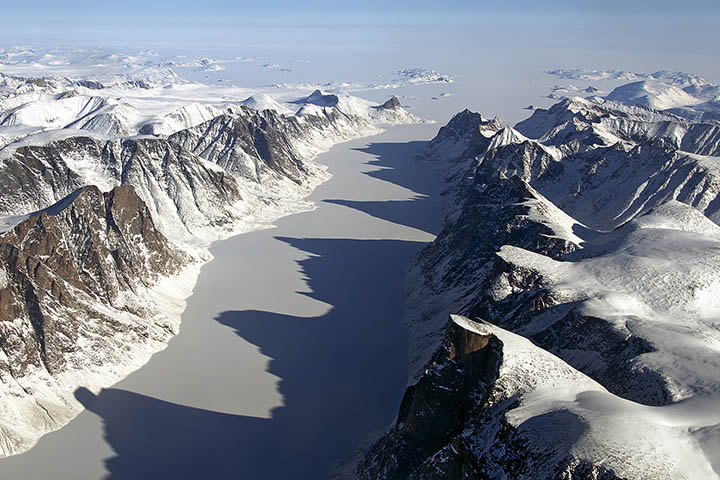 NASA’s Operation IceBridge has wrapped up another season of its six-year survey of polar ice. The team’s destinations this spring included Greenland, Alaska, and the Arctic Ocean. During a series of flights between March 18 and May 2, scientists aboard NASA’s P-3B flying laboratory got close-up views of everything from sea ice to tidewater glaciers to ice caps.

As always, the belly of the plane was packed with radars, altimeters, gravimeters, and an array of sensors designed to yield a three-dimensional view of Arctic ice. But scientists on the plane had less exotic sensors with them too: cameras.

After spending weeks cruising low over the ice, IceBridge scientists usually come back with stacks of jaw-dropping photographs of rarely seen parts of the world. This spring’s expedition was no exception. Michael Studinger, the IceBridge project scientist, has posted a gallery of photographs here, and there are plenty more to enjoy on the Flickr site maintained by Goddard Space Flight Center’s cryospheric sciences branch.

Above are two of Studinger’s best shots from 2013. The top image shows ice-capped Saunder’s Island ringed by a layer of thin sea ice in Baffin Bay. The lower image shows an ice-covered fjord on Baffin Island, with Davis Strait in the background.

Scientists on NASA’s P-3B research plane get eye-popping views of rarely seen or photographed ice. The latest round of Operation IceBridge flights concluded on May 2, 2013.