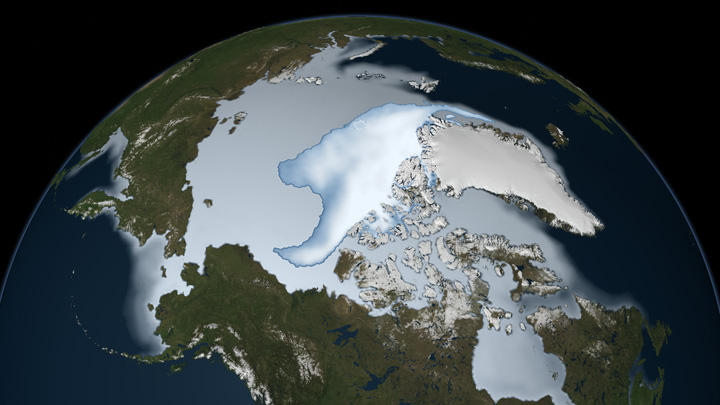 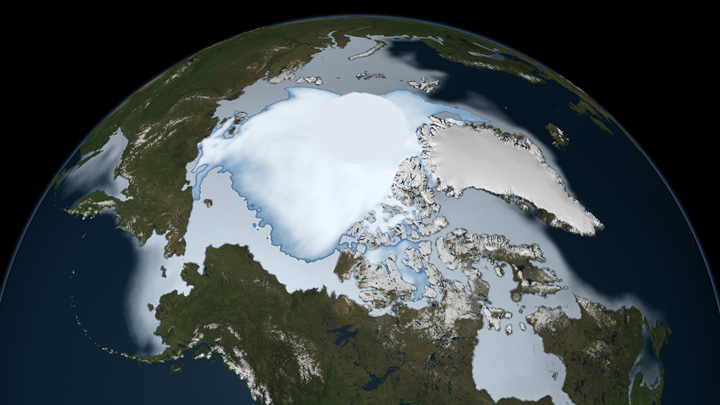 A new study by NASA scientist Joey Comiso has found that the oldest and thickest Arctic sea ice is disappearing at a faster rate than the younger and thinner ice at the edges of the ice cap. The rapid disappearance of older ice makes the Arctic Ocean's sea ice cap more vulnerable to further decline.

The images above show sea ice coverage in 1980 and 2012, as observed by passive microwave sensors on NASA’s Nimbus-7 satellite and by the Special Sensor Microwave Imager/Sounder (SSMIS) from the Defense Meteorological Satellite Program (DMSP). Multi-year ice is shown in bright white, while average sea ice cover is shown in light blue to milky white. The data shows the ice cover for the period of November 1 through January 31 in their respective years.

The thickest “multi-year” ice survives through two or more summers, while young, seasonal ice forms over a winter and typically melts just as quickly as it formed. Scientists also describe a third category: “perennial” ice is all ice cover that has survived at least one summer. All multi-year ice is perennial ice, but not all perennial ice is multi-year ice.

As perennial ice has retreated over the past three decades, it has opened up new areas of the Arctic Ocean that could then be covered by seasonal ice. A larger volume of seasonal ice meant that a larger portion of it could make it through the summer to form second-year ice. This is likely the reason why the perennial ice cover, which includes second year ice, is not declining as rapidly as multiyear ice cover, Comiso said.

“The Arctic sea ice cover is getting thinner because it’s rapidly losing its thick component,” Comiso said. “At the same time, the surface temperature in the Arctic is going up, which results in a shorter ice-forming season. It would take a persistent cold spell for multi-year sea ice to grow thick enough again to be able to survive the summer melt season and reverse the trend.”

Image by the NASA Scientific Visualization Studio based on data from the Special Sensor Microwave Imager/Sounder (SSMIS) of the Defense Meteorological Satellite Program (DMSP). Caption based on a story by Maria-JosÃ© ViÃ±as, NASA Earth Science News Team. 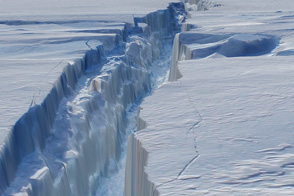