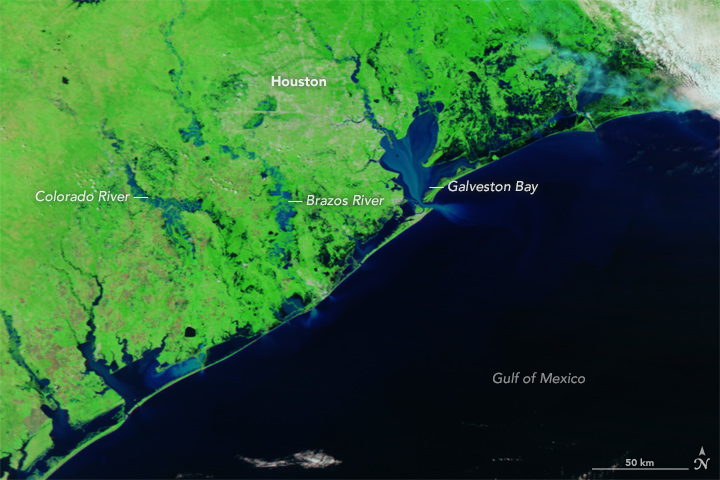 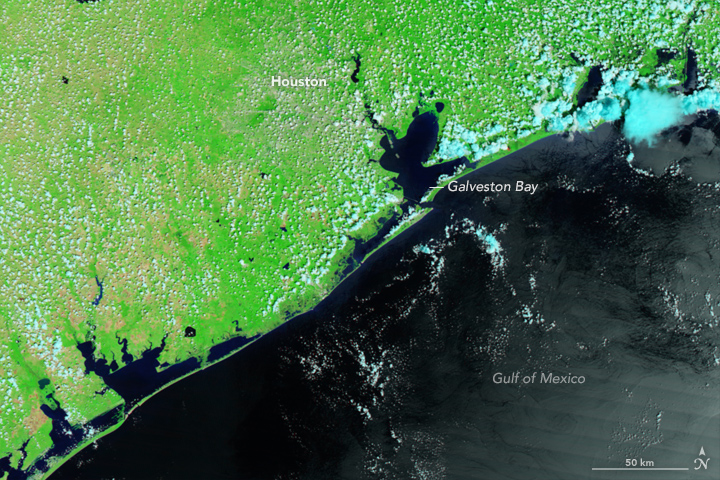 On August 31, 2017, the Moderate Resolution Imaging Spectroradiometer (MODIS) on NASA’s Terra satellite acquired a false-color image (top) of extensive flooding along the Texas coast and around the Houston metropolitan area in the aftermath of Hurricane Harvey. A second image shows the same area on August 20, four days before the storm made landfall.

Both images were made with a combination of visible and infrared light (MODIS bands 7-2-1) that highlights the presence of water on the ground. Water is generally dark blue or black in this type of image, but rivers also can appear light blue because they carry large amounts of suspended sediment. Turn on the image-comparison tool to spot areas that have been inundated by rainwater and coastal surges. 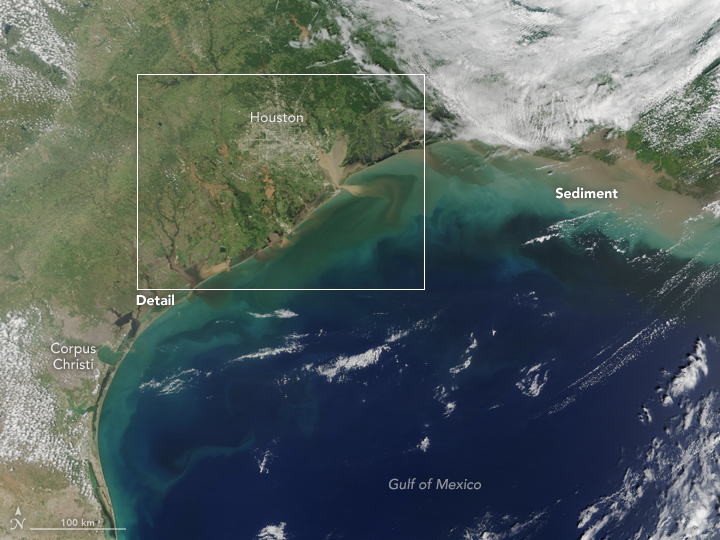 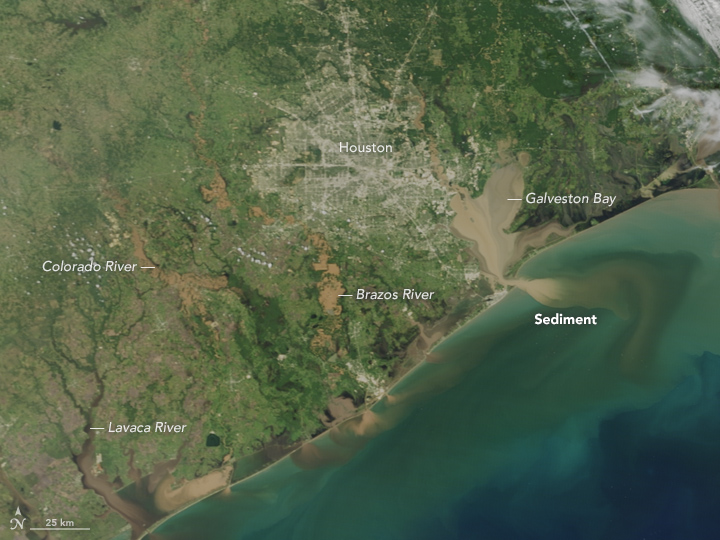 On August 31, MODIS also captured natural-color images of the area. Note the tan and brown rivers and bays full of flood water from Harvey. Scientists and civil authorities have some concerns about urban and industrial pollutants being mixed into the floodwater runoff. Along the coast, muddy, sediment-laden waters from inland pour into the Gulf of Mexico, which also was churned up by the relentless storm.

According to the National Weather Service, 51.88 inches of rain were recorded at Cedar Bayou, Texas—the highest rainfall total for any storm in recorded U.S. history. Meteorologists at The Washington Post noted that that is as much rain as usually falls in Houston in an entire year and in Los Angeles in four years. By most accounts, Harvey produced more cumulative rainfall than any storm in the U.S. meteorological record—as much as 24 trillion gallons of water (unofficial estimates).

In addition to providing satellite imagery and data of the storm, NASA has started flying its Uninhabited Aerial Vehicle Synthetic Aperture Radar (UAVSAR) aboard a Gulfstream III aircraft to collect high-resolution radar observations over rivers, flood plains, and critical infrastructure. That data can be compared and combined with SAR data from satellites such as the European Space Agency’s Sentinel 1A and 1B mission. To read more about NASA’s response to Hurricane Harvey, click here.

Terra gives a broad view of the scale of the devastating flooding.

Rivers and bays are loaded with sediment and mud following the catastrophic storm.