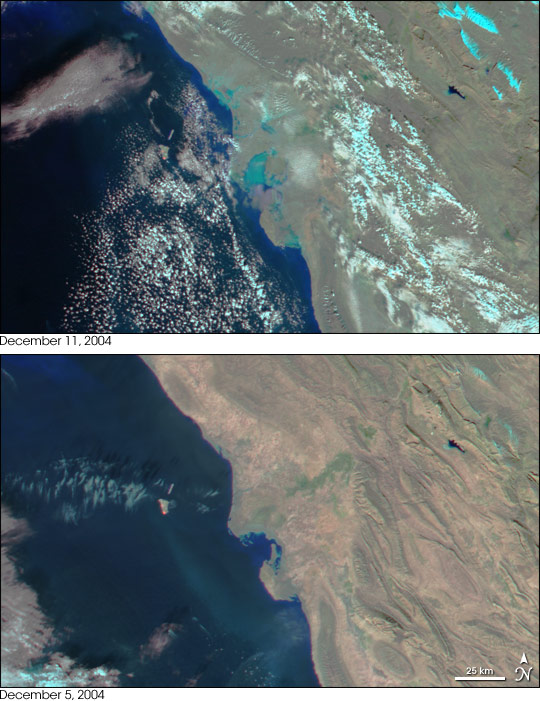 Floods raged across Iran’s coastal state of Bushehr on December 10, 2004, as heavy rain drenched the region. The water damaged large sections of the city of Kangan, and was blamed for up to 28 deaths, according to local media reports. On December 11, the clouds had largely cleared, but muddy water remained. In the above false-color pair, clear water is black, while sediment-tainted water is blue. Along the Gulf coast, broad blue lakes of sediment-filled water cover regions that were a desert tan on December 5. High clouds are light blue and white in both scenes.