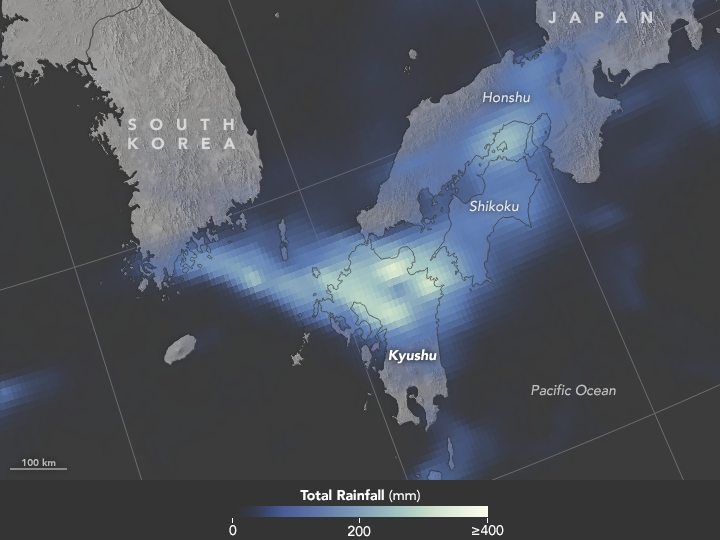 In early July 2017, torrential rains triggered deadly floods and landslides in Japan, and led to the evacuation of more than 100,000 people. Much of the rain fell in the Fukuoka and Oita prefectures on Japan’s southern island of Kyushu.

The map above depicts satellite-based measurements of rainfall over southern Japan from July 4 to July 6, 2017, as compiled by NASA. These rainfall totals are regional, remotely-sensed estimates, and local amounts can be significantly higher when measured from the ground. According to news reports, more than 550 millimeters (21 inches) of rain fell in parts of Fukuoka over a span of 40 hours. That is 1.6 times the amount of rain that normally falls in Fukuoka during the entire month of July.

The rainstorm stemmed from a low-pressure system over the Pacific Ocean that brought warm, moist air to the region. It followed on the heels of a recent deluge from Tropical Storm Nanmadol.

The data come from the Integrated Multi-Satellite Retrievals for GPM (IMERG), a product of the Global Precipitation Measurement mission. IMERG pulls together precipitation estimates from passive microwave and infrared sensors on several satellites, as well as monthly surface precipitation gauge data, to provide precipitation estimates between 60 degrees North and South latitude. The GPM satellite is the core of a rainfall observatory that includes measurements from NASA, the Japan Aerospace Exploration Agency, and five other national and international partners. 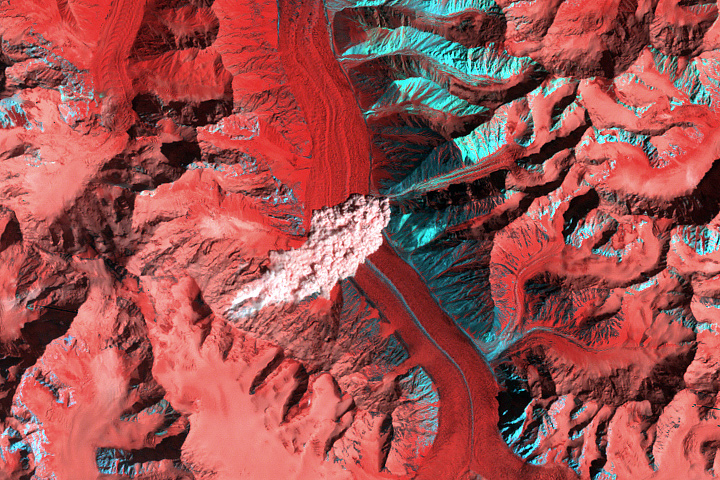