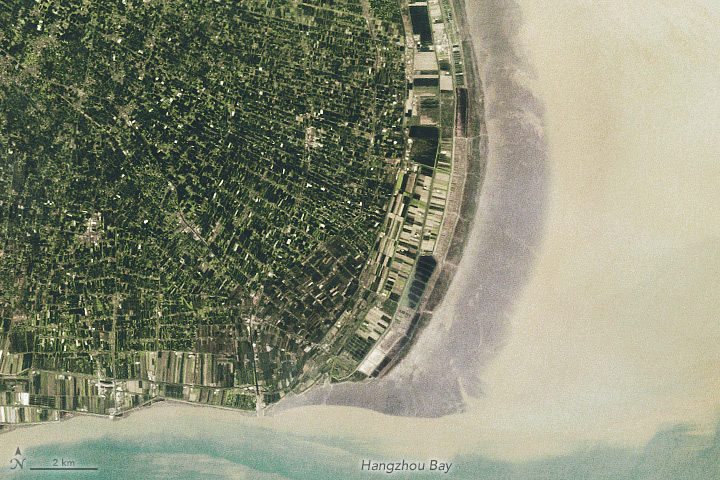 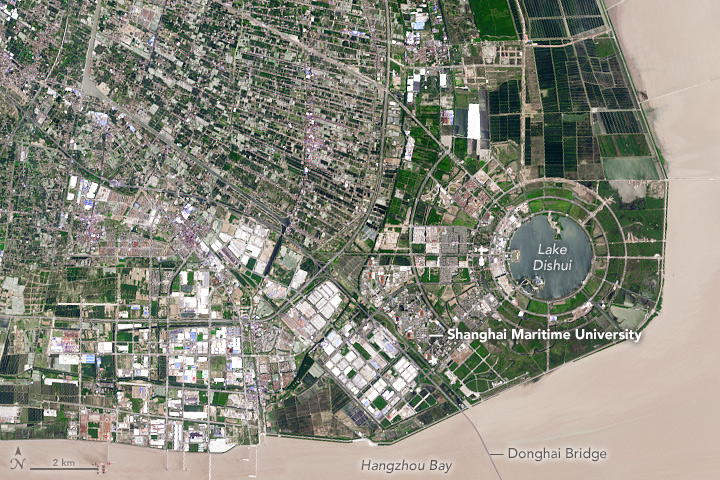 Editor’s Note: The following story is based on our new feature World of Change: Sprawling Shanghai.

The number of people living in Shanghai is not the only thing about the city that has increased dramatically since the 1980s. The amount of land available to its residents has grown as well. By building seawalls just off the coast to capture outflowing sediment, and by using dredging equipment that sucks up and moves large volumes of sand, Shanghai has added well over 580 square kilometers (220 square miles) of land to its shorelines since 1985.

Such projects have changed the face of Shanghai. As seen in these Landsat images, the city sits on a peninsula south of the Yangtze River that has the rough shape of a nose. (Click on the images above to download a larger view and see the nose shape more clearly.) Notice how much the “tip” of the nose lengthened between 1984 and 2016.

The new land has been used in several ways. Parks, farms, and a golf course have sprung up on it. Pudong International Airport has new runaways built on this reclaimed land. Planners even constructed a new city from scratch—Nanhui New City—along the tip of the peninsula. The development was projected to support 800,000 people in residential towers, shopping malls, and a convention center built along circular Dishui Lake.

Although some of the buildings and infrastructure in Nanhui have gone unused for several years, there are signs that it will not be a “ghost city” for long. As part of an effort to encourage people to move there, the government has brought eight universities with a combined student population of 100,000 into the city. Meanwhile, construction is underway for a large marine park that will be built along Dishui Lake. 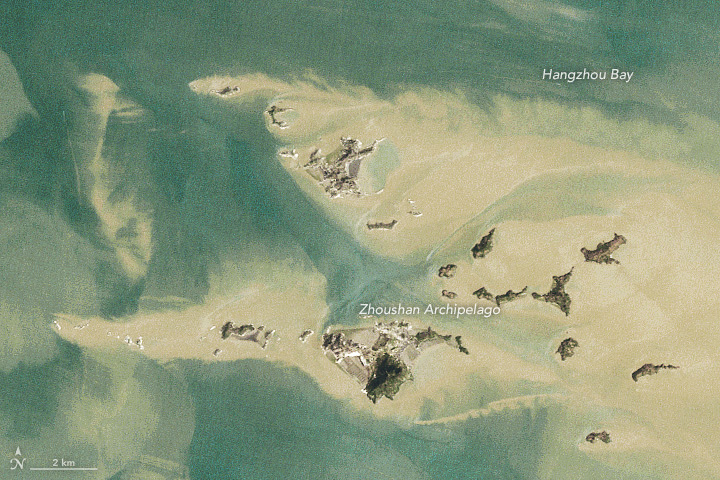 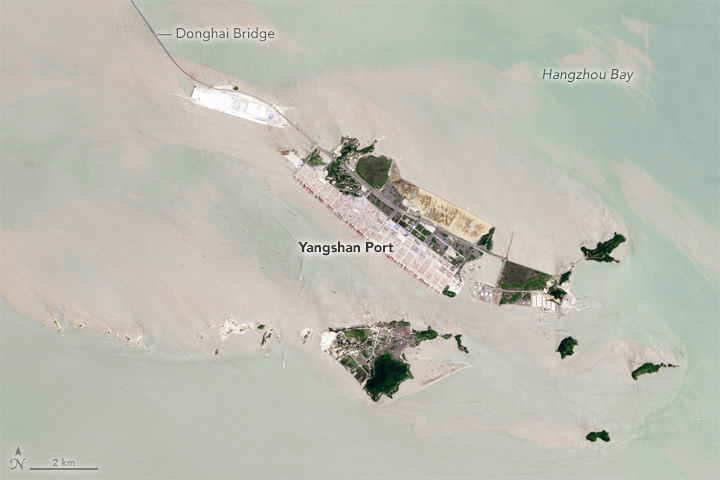 Toward the southeast, more new land has emerged from the sea. Over a 15-year period, China built an $18 billion deep-water port on the Greater and Lesser Yangshan islands in Hangzhou Bay. The port is connected to the mainland by a 32.5 kilometer (20.2 mile) bridge—among the longest in the world—that was completed in 2005. As the images show, little of the port’s land existed in 1984. After construction, Shanghai’s port, which includes facilities along the Huangpu and Yangtze rivers as well, became the busiest in the world.

Reclaimed land has proven to be an economic boon for the city, often selling for twice as much as the cost of constructing it. However, ecologists warn that coastal wetlands throughout China have experienced rapid losses of mangroves, sea marshes, and coral reefs due to the rapid pace of the land reclamation process. Other provinces in China with large amounts of newly reclaimed land include Tianjian, Hebei, and Jiangsu. 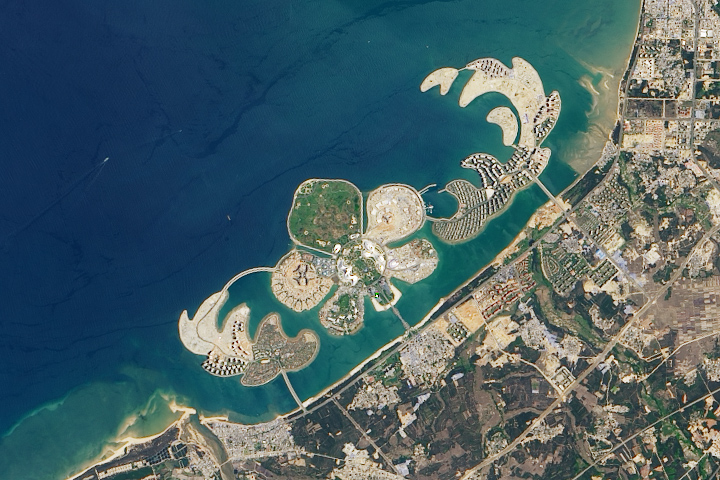 A Sandy Flower in the Pacific

An island with an unusual shape has been growing in shallow coastal waters near China’s Hainan Island.