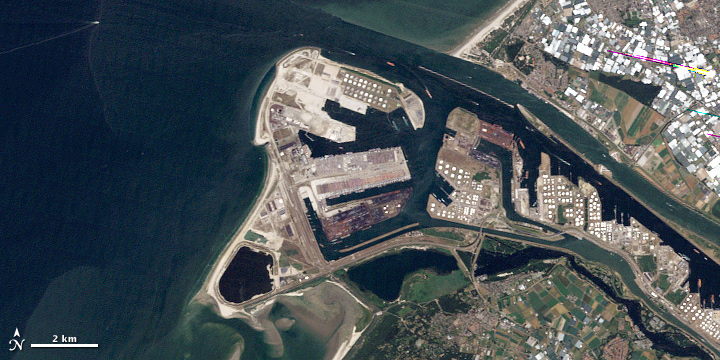 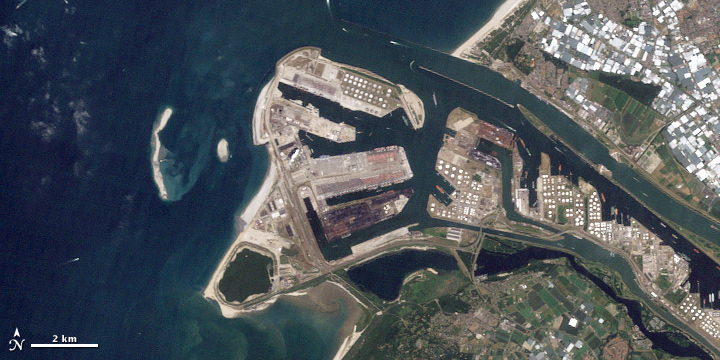 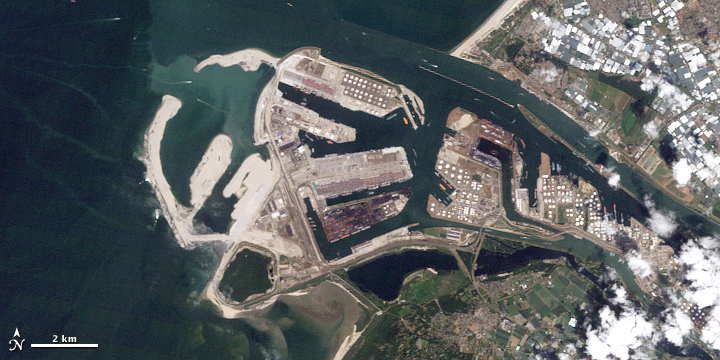 In between Germany and France sit the Low Countries, where a much of the land surface lies near or even below sea level. This is the case with a quarter of the land in the Netherlands, where the low elevation leaves the land vulnerable to floods. For the past 2,000 years, the Dutch have employed ever-increasing ingenuity to not only hold back the sea, but to annex land from the North Sea. By the thirteenth century, the Dutch were regularly using windmills to pump water off reclaimed areas known as polders. The Netherlands’ polders have been used for crops, settlements, and ports.

A large-scale application of land reclamation has occurred at Rotterdam. Originating as a fourteenth-century settlement along a small peat river, Rotterdam eventually grew into Europe’s largest seaport. By 2009, 400 million tons of cargo traveled through the port, but Rotterdam was nearing its capacity. To keep the port competitive, authorities undertook an ambitious project aimed at tripling the port’s capacity. The Landsat 5 satellite observed the port’s expansion on July 16, 2006 (top), July 1, 2009 (middle), and July 4, 2010 (bottom).

The aim of the Rotterdam project, known as Maasvlakte 2, is to add 5,000 acres of new land while keeping the port fully functional. Using the same fleet of dredging ships that built Dubai’s Palm Islands, construction workers steadily acquired new land from the sea floor. The process involved sucking sand from the bottom of the ocean and spraying that sand onto designated areas to build up their height. With the sand in place, the next step would involve paving the reclaimed land with some 20,000 massive stone blocks to prevent the reclaimed areas from washing away.

The primary aim for the new land is to serve as container terminals. Raw materials and finished goods shipped over the globe today usually travel in uniformly sized containers that can be transferred between trucks, trains, and ships. By increasing Rotterdam’s container capacity, the Maasvlakte 2 can prevent the port from becoming a trade bottleneck.