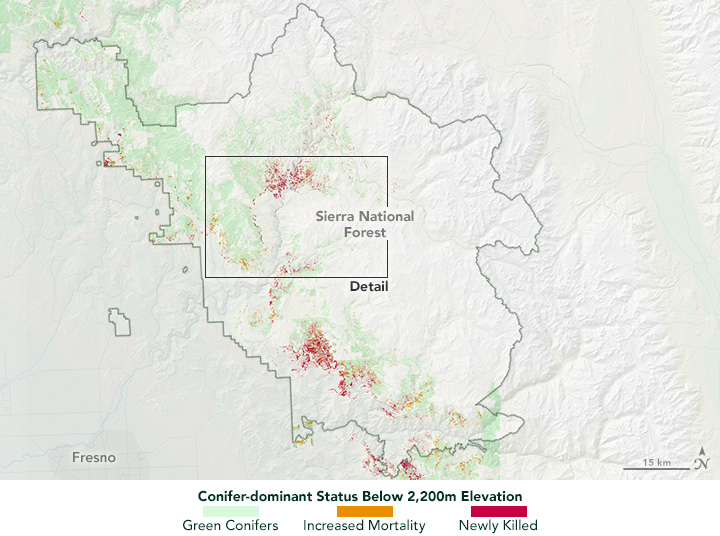 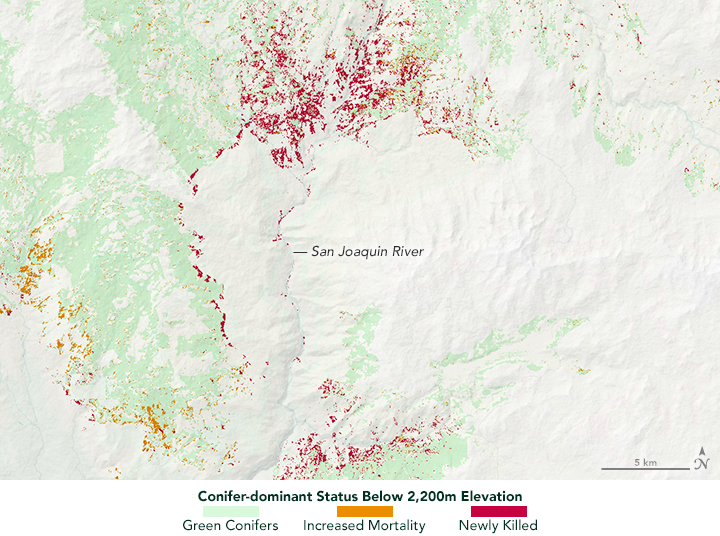 Mass tree die-offs are sparking worries of fire in California’s Sierra Nevada range. An outbreak of bark beetles, along with persistent drought in the state, have caused many evergreen trees to wither and die.

The damage spread rapidly through the mountains in the fall of 2015 after favorable spring conditions (warm and dry) led to a surge in beetle populations, according to Zach Tane, a remote sensing analyst with the U.S. Forest Service (USFS). The beetles burrow under a tree’s bark and lay their eggs. Once they penetrate the tree’s armor (the bark), they begin to gnaw into its living tissue, the phloem.

“Needles don’t turn red the next day. It’s a slow process of the tree dying, and it has to do with life cycle of bark beetle and how long needles can persist in a green state,” said Tane. “As the population of beetles grows, they can overwhelm the natural defenses of a tree. There’s a tipping point—that’s what happened in Colorado and probably what’s happening here.”

There has never been an outbreak of this magnitude recorded in the Sierra Nevada, according to Tane. The maps above depict some of the damage as observed by NASA’s Airborne Visible/Infrared Imaging Spectrometer (AVIRIS) instrument. AVIRIS is an optical sensor that collects data in 224 spectral bands, ranging from visible blue (0.4 µm) to shortwave infrared (2.5 µm). Researchers can make inferences about tree health from the way the leaves absorb and scatter light.

When trees die, they lose water and chlorophyll. This allows the cellulose and lignin in the leaves to become more apparent in the 2 to 2.5 µm region of the spectrum (which is invisible to the human eye). AVIRIS gives researchers the ability to distinguish cellulose and lignin from other brown matter like soil. The Forest Service uses data from AVIRIS and other sources to quantify the health of forests and to make projections of wildfire risk in the wildland-urban interface, the fire-vulnerable zone where wilderness and human cities and towns meet. 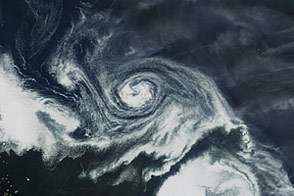