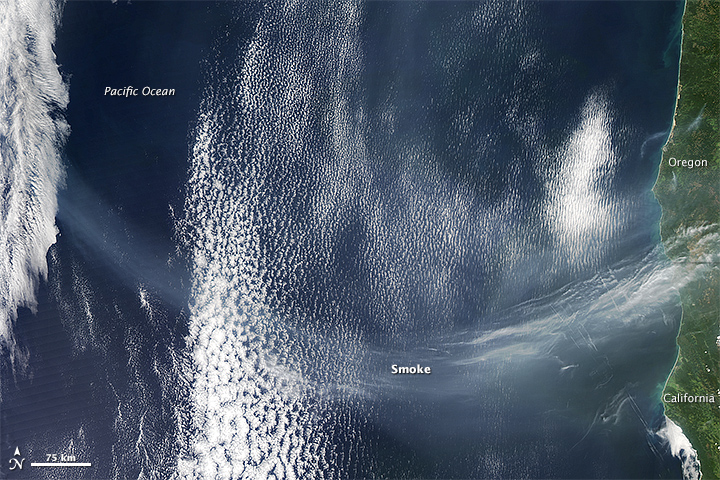 In a reminder of the interconnectedenss of our atmosphere, smoke that originated in Siberia had reached the West Coast of North America when the Moderate Resolution Imaging Spectroradiometer (MODIS) captured this image on April 18, 2015. The smoke likely came from wildfires burning in the steppe of southern Russia. Farmers there have an old tradition of burning dried grass in the spring to fertilize the soil for the coming year.

In April 2015, unusually warm temperatures and strong winds turned the tradition into a nightmare. Several fires escaped the control of their handlers and spread rapidly across the dry landscape. According to media reports, escaped fires devastated several villages, killed about two dozen people, and left thousands homeless.

When the smoke arrived over the Pacific Northwest, it was still relatively high in the atmosphere and did not have a major effect on the air quality at the surface. However, the extra particles in the atmosphere did make for some striking red sunsets in the region. 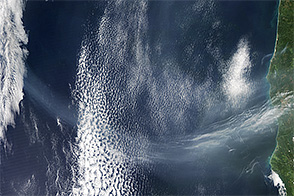 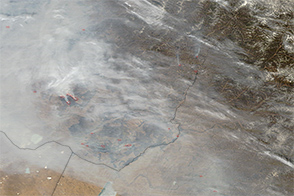