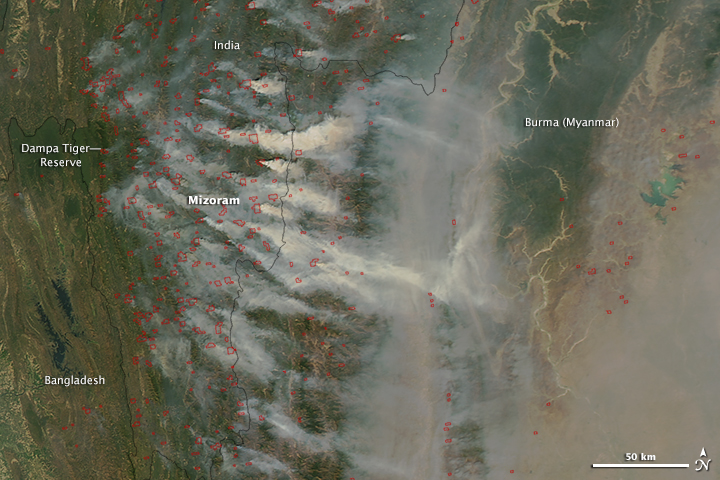 Much of the fire activity seen above is located in Mizoram, a state in northeast India. In this region, the word for the month of February is Ramtuk thla, which means “time for preparing the land for burning.” The fires are used to prepare the soil for rainy season crops. Fires are also visible in neighboring Burma (Myanmar) and Bangladesh. In fact, March and April tend to be the months when agricultural fires peak across the region.

Air pollution, soil erosion, and forest habitat loss are some of the environmental concerns associated with slash and burn agriculture in Mizoram, according to researchers. They cite, for example the Dampa Tiger Reserve, which lost about 4 percent of its forest over the course of a year to slash and burn activity.

Fires blaze in Mizoram, a state in Northeast India that engages in slash and burn agriculture prior to the monsoon.